Why Slavery? Uncovers the Reality of Modern Slavery Around the World 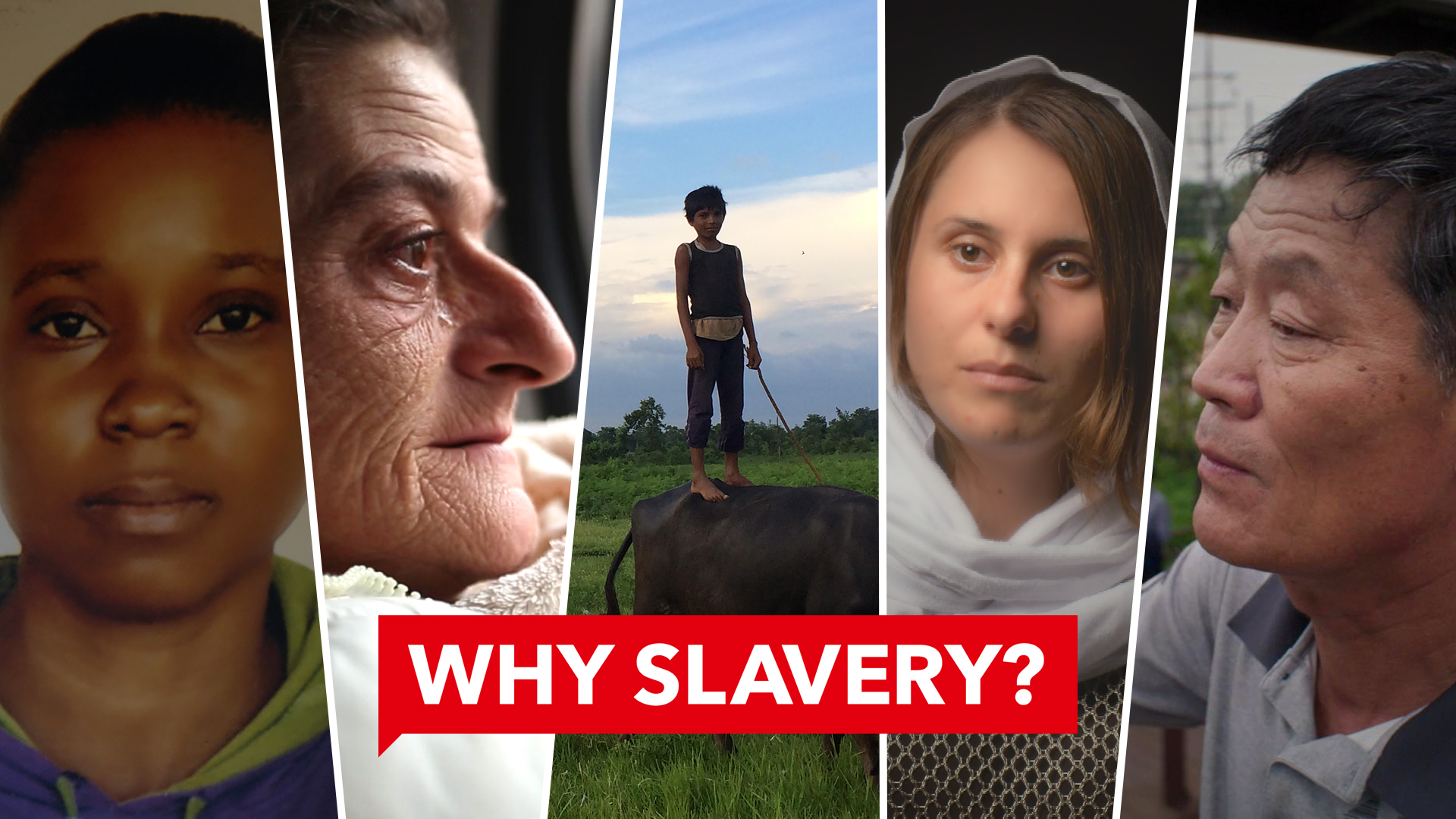 An estimated 40.3 million people are living and working as slaves, a number that eclipses any other time in history – even during the transatlantic slave trade. It’s an issue that Mette Hoffmann Meyer, CEO of THE WHY Foundation and executive producer of the WHY SLAVERY? series, felt was necessary to bring to a larger audience.

“I heard President Obama’s speech about modern-day slavery. I thought, ‘If he spends 40 minutes talking about slavery in this setting, it’s probably a much bigger issue than I knew,’” she said.

WHY SLAVERY? brings viewers into homes and factories from Poland to Hungary, Iraq and North Korea; around the world, slavery exists in full with the vulnerable – men, women and children alike – trapped in forced labor and marriage.

“The most shocking thing is the systemic nature of slavery – how widespread it is and how accepted it has become,” said Hoffmann Meyer. “Once you’ve seen these films, you can’t not think about these people.”

In five compelling documentaries, WHY SLAVERY? exposes governments, organizations, agencies and individuals continuing the cycle of human and sex trafficking. As told through intimate portraits of people living in the shadows, modern slavery is not only acknowledged – it is brought to the forefront of global political and economic conversation.

Watch all five Doc World: WHY SLAVERY? films on YouTube.

I WAS A YAZIDI SLAVE

In 2014, Islamic State fighters invaded Yazidi settlements in Iraq. Men were massacred while young women were kidnapped to be enslaved, tortured, and systematically raped. Two Yazidi women tell their story of escape to Germany with the assistance of a renowned trauma expert. Their journeys to recovery ask how a survivor of unthinkable sexual violence can find justice and a path to rehabilitation.

For 10 years, Marish has been kept as a housekeeper by Eta, a Hungarian woman. She toils unpaid 7 days a week in exchange for meals, cigarettes and a couch to sleep on. Even money earned from an extra job must be handed over. Over two and a half years, filmmaker Bernadett Tuza-Ritter witnesses first-hand the relentless torrent of abuse - her presence also inspires Marish to live as a free person.

In India, millions of vulnerable children are bought and sold. Far removed from the issue of child slavery until a family maid suffers a devastating loss, filmmaker Pankaj Johar travels the country to understand and expose the ways in which poverty, illiteracy and corruption conspire to provide a breeding ground for child trafficking in the world's largest democracy.

With the promise of payment and honor, thousands of North Koreans are sent abroad, only to find themselves under constant surveillance and working in harsh conditions - with wages transferred to the government. The film shows how the country and globalization have made a pact: underpaid workers toil for the dictator's nuclear program while the United Nations and the European Union look away.

In 2016, Mary Kibwana, who worked as a maid in Jordan, returned to Kenya with 70% of her body burned. Kibwana is one of many women in Africa and Asia trapped in the Middle East's Kafala System, a set of laws governing migrant labor binding them to their employers. The film gives unprecedented access to the inner workings of the system, and the horrific reality faced by thousands of women each day.

Exposing the realities of Afghan women struggling to maintain their hard-won rights.