In fierce recognition that #BlackLivesMatter, the filmmakers are committed to inspiring change for a brighter future.

This year’s PBS Short Film Festival is underway. In celebration of #ADecadeofBeingSeen, watch the 25 nominated films that explore race and champion humanity, including WORLD Channel and Rada Studio’s “The Conversation Remix.” As two of the trilogy’s shorts, “For Our Girls” and “Learning to Breathe,” premiered as part of the festival, filmmakers Joe Brewster and Michèle Stephenson looked back on their filmmaking journey, reflecting on the intimate yet rewarding process and reiterating the importance of their films for the larger conversation on Race in America.

‘The Conversation Remix’ is based on the 2015 New York Times Op Doc series ‘A Conversation on Race.’ Did you already foresee coming back to this series at that time, knowing race remains a complicated issue in this country?

Joe Brewster: Actually, I never thought about returning to these characters. But, to be honest, we were clear about the evergreen nature of the series. These issues have been around for centuries, and they seem to return in various forms every few years. White supremacy and the system of caste discrimination is like an influenza virus. It is in a constant state of change, and we should always anticipate returning to the subject matter.

Michèle Stephenson: To Joe’s point, we felt that the initial series continues to be evergreen. However, when the uprisings of 2020 occurred, the question of how attitudes have changed or stayed the same came up and we were encouraged to explore the remix.

In a year of George Floyd, Breonna Taylor and the countless names we say, how did you start, or re-start, the conversation with the mothers in "For Our Girls" and the young men in "Learning to Breathe"?

Joe Brewster: The discussion with the young men never stopped. More interestingly, the answers changed due to several factors: They were obviously older and more mature, but the national discourse has become more complicated. These young men were asking to be accepted by the dominant culture seven years ago; they now ask to be left alone. The realization seems to be that asking for white acceptance is a failure to see and accept their agency; their capacity to act independently and determine their future. That was amazing to see.

Michèle Stephenson: With “For Our Girls,” we wanted to take an intergenerational approach to the uprisings of 2020 and also acknowledge how what the women said back in 2015 are just as relevant today. Most of the material in “For Our Girls” is from original interviews from back in 2015, but with a 2020 lens and approach. The women remained very open to continuing our conversation and incorporating their daughters’ comments – it was a family affair. We also added a transgender voice to complete our update and reflect the conversations happening now around gender and race. That connection came through some previous work we had been doing at Rada Studio with AfroPunk. 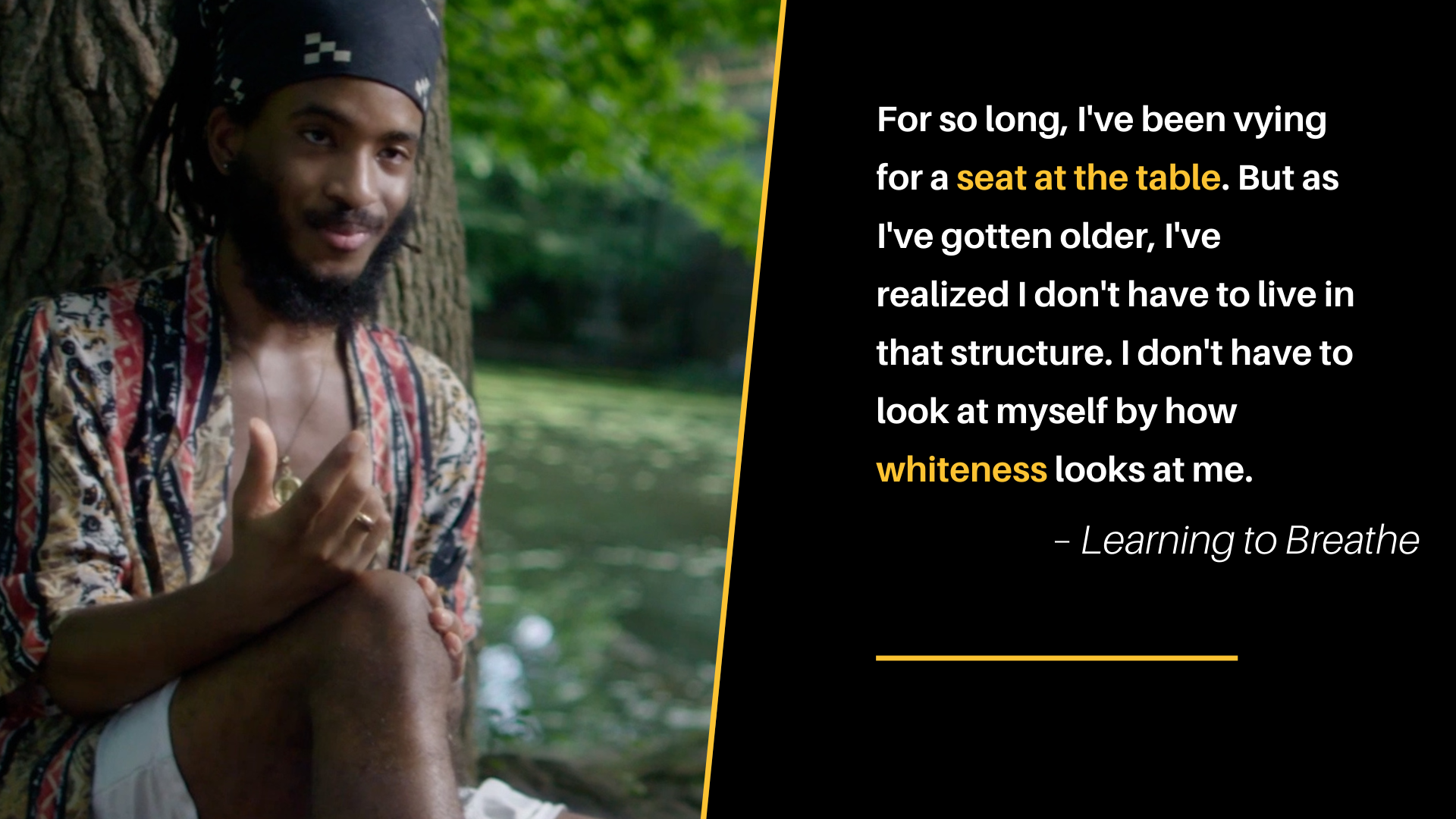 How did you create a safe space for each of your subjects so that they could be vulnerable and honest in front of the camera?

Joe Brewster: Our filmmaking process is geared to create that space pre- and post-COVID. We spent a tremendous amount of time cultivating trust prior to the shoot day. In this case, we were able to harness the “trust” capital we had previously developed with the subjects and their families. Millions of viewers had seen the previous incarnation of the series, and the results of their earlier participation was positive for most of them.

It helps that one of the participants was our son, Miles. He is a freshman now at Boston University.

Michèle Stephenson: The majority of the women we collaborated with we’ve known for years, even back in 2015 – we’ve known each other for quite a while.

What do you want audiences to take away from these two films and the third in the trilogy, "Good White People"?

Joe Brewster: We want our audience to be challenged and to think critically about ways we can move forward and ways to address systemic racism that touches us on a daily basis. It is clear that everyone will not be inspired by this effort, but this series was not designed for everyone. Our work at Rada Studio and our work with our partners is primarily aimed at two audiences: We want to support and inspire the “convinced,” those that are committed to social and political equality, and we want to [reach] those that are ambient about the importance of social justice, to encourage their participation in the debate on how to move forward. As far as the other convinced population – those convinced of their superiority – life's too short and beautiful to invest in changing their minds. 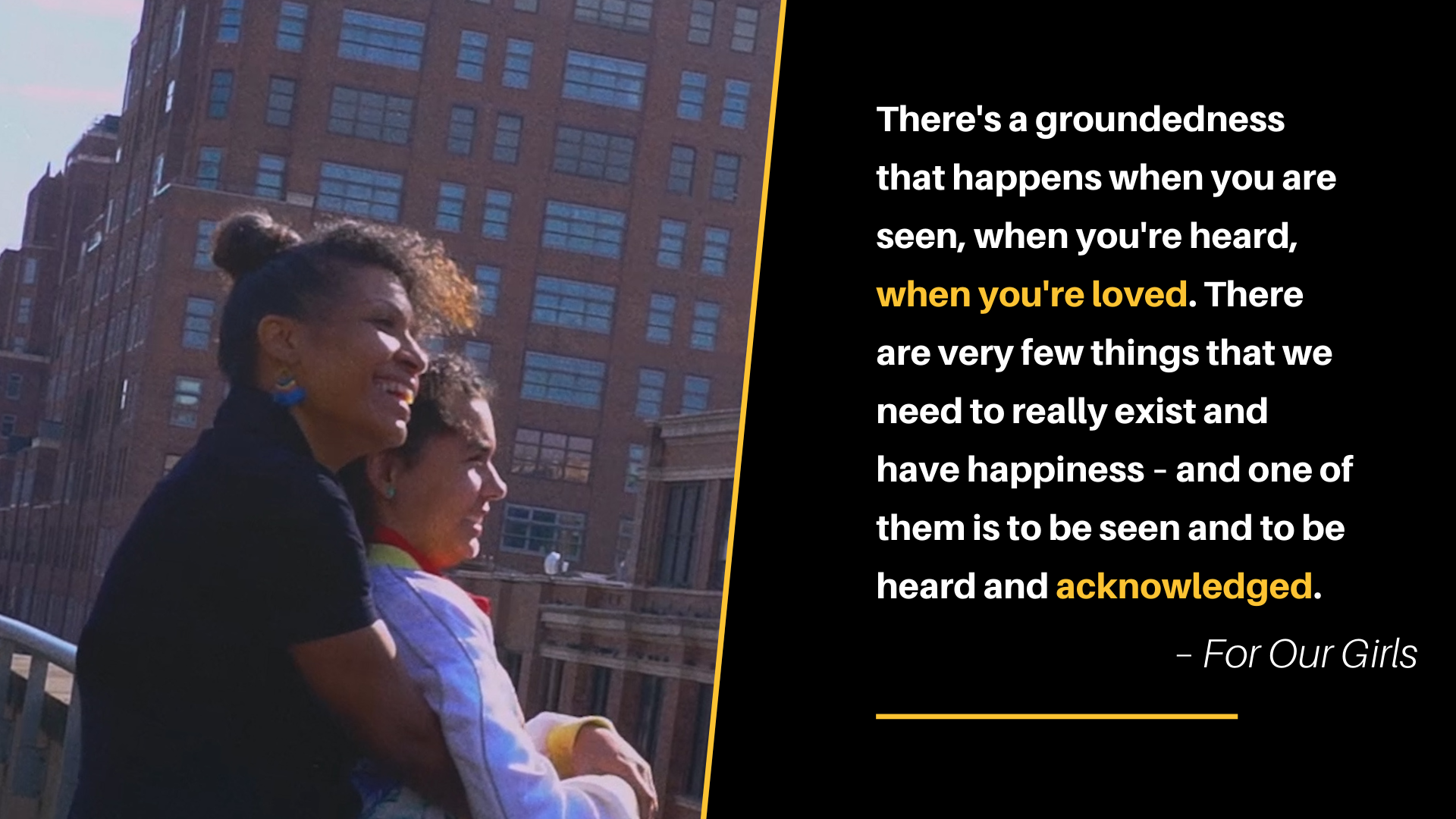 How do these films fit into the larger societal and cultural awakening of celebrating Blackness, its joy and pride?

Joe Brewster: These films and the efforts of this collective (Geeta Gandbhir, Perri Peltz, Blair Foster and Michèle Stephenson) is a small contribution to the larger efforts of millions of individuals over four centuries. We clearly stand on the shoulders of our ancestors and folks who worked, sometimes giving their lives, for a more equitable future. These films celebrate Black pride, Black resilience and creativity in so many ways.

Open your ears and listen as these young men and women speak – I hope you smile and cry like I did.

“The Conversation Remix” is now streaming online, on YouTube and the PBS app.

THE CONVERSATION REMIX explores the present catharsis we are living through, following the death of George Floyd on May 25, 2020.

A collage of lives and experiences, framing the racial reckoning happening around us.