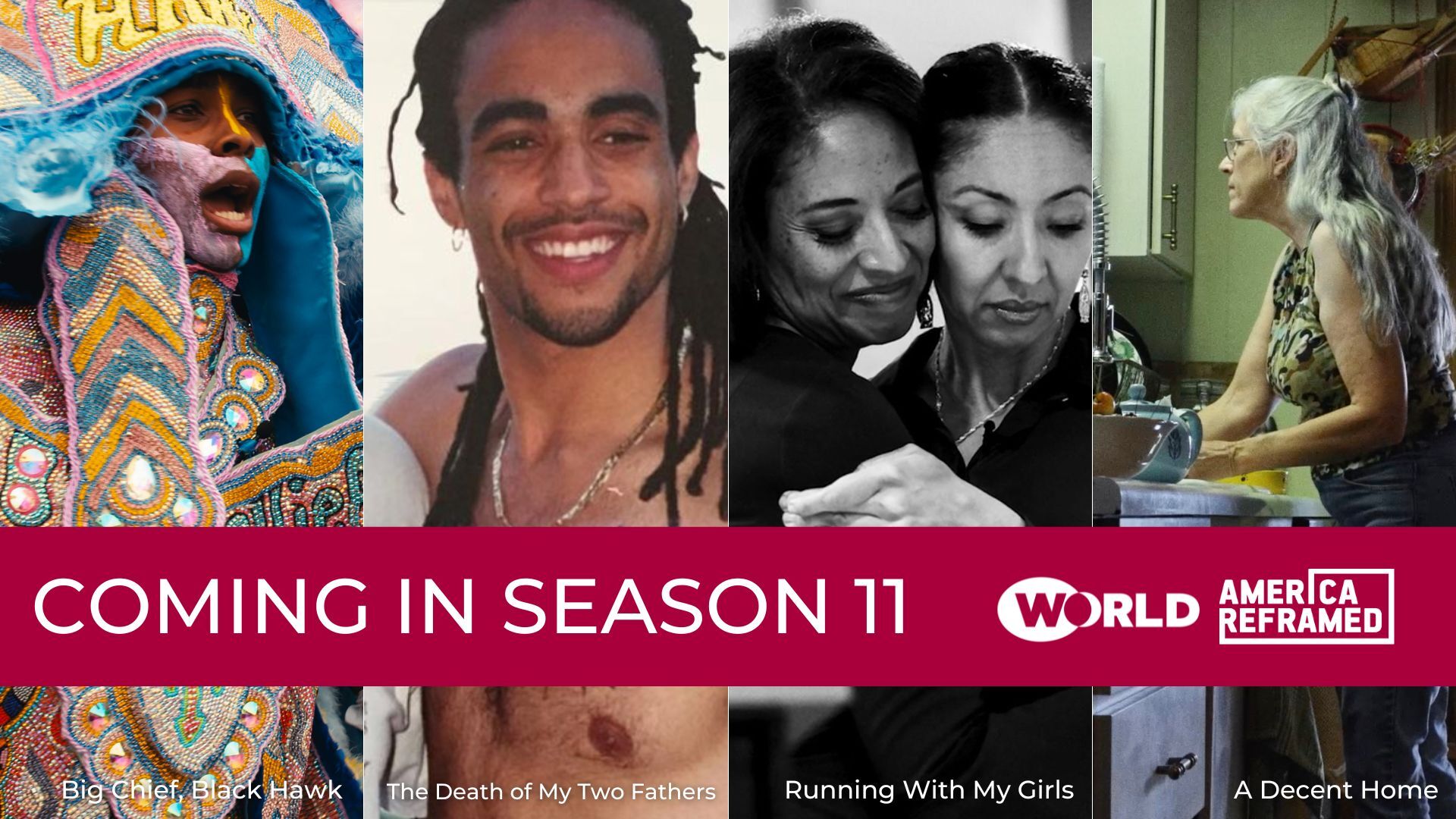 America ReFramed, recent winner of the 2022 IDA Documentary Awards for the feature documentary, FANNIE LOU HAMER’S AMERICA, announces four new films premiering as part of its 11th season: THE DEATH OF MY TWO FATHERS, RUNNING WITH MY GIRLS, A DECENT HOME and BLURRING THE COLOR LINE. The documentaries, focusing on a generation of filmmakers and artists using self-expression to challenge the definition of culture in an ever-evolving America, include stories from Missouri, Louisiana, Washington State, Colorado and Georgia.

“Good documentaries teach us to listen and really hear the stories of others...they are a catalyst for protagonists to tell their own stories, and in the process help us consider our responsibilities to others,” said Erika Dilday, executive director for American Documentary.

“As we head into a new year, we look forward to a slate of impressive films that will open viewers to America’s rich diversity and underrepresented communities,” said Chris Hastings, executive producer for WORLD Channel at GBH in Boston.

The series will present encore presentations of documentaries devoted to jobs and housing inequality and adult child/parent relationships in January, a moment to consider the current state of the country, including the economy and social movements, and how we can continue to make our communities better. The new films will make their broadcast premieres throughout the season, starting with BIG CHIEF, BLACK HAWK in February.

A short and intimate look into the life of the youngest Mardi Gras Indian Big Chief and his "tribe" as they navigate the social and environmental issues facing "the culture." This film is a story about why tradition and culture are so important to the African American community in New Orleans today. Through interviews and storytelling, BIG CHIEF, BLACK HAWK delves into the past to introduce the future, displaying how the past has been passed onto the present.

THE DEATH OF MY TWO FATHERS

It took Sol Guy 20 years to watch the six tapes his father recorded shortly before his death in 1998. They detail how a Black man from Kansas City, MO arrived in a small town in British Columbia, Canada, determined to make a better life for his new family. The tapes prompt Sol to embark on his own journey to better understand the bi-racial family that raised him and his Black American roots as he confronts the impact of his father’s choices in THE DEATH OF MY TWO FATHERS.

A DECENT HOME addresses urgent issues of class and economic inequity through the lives of mobile home park residents who can’t afford housing anywhere else. The film asks, "Who are we becoming as Americans?," as private equity firms and wealthy investors buy up parks, making sky-high returns on their investments while squeezing every last penny out of the mobile home owners who lack rights and protections under local and state laws, and must pay rent for the land they live on.

BLURRING THE COLOR LINE follows director Crystal Kwok as she unpacks the history behind her grandmother’s family, who were neighborhood grocery store owners in the Black community of Augusta, GA during the Jim Crow era. The film serves to disrupt racial narratives and bridge divides.

Set in Berlin and New York, FROM HERE interweaves the stories of Tania, Miman, Sonny and Akim, who were raised in the Global North to parents from the Global South. The artists & activists face major turning points as they move from their 20s into 30s: fighting for citizenship, creating a family, surviving violence, and finding creative expression. Shot over the course of ten years, the film captures their struggle to define belonging for themselves in societies increasingly hostile to their existence.

RUNNING WITH MY GIRLS

Tired of watching local government ignore their communities’ interests, five female activists decide to run for municipal office in Denver - one of the fastest gentrifying cities in the country. Using an unfiltered style to tell each candidate’s story, filmmaker Rebekah Henderson portrays the challenges faced by political outsiders, particularly women of color, while also revealing their commitment to justice and democracy. Ultimately, RUNNING WITH MY GIRLS is a lesson about an engaged community outrunning the deep pockets of the political establishment and a demonstration that building a new kind of political power is not just aspirational but possible.

For WORLD Channel, 2022 was full of firsts – anniversaries, discoveries and award recognition. Our films, features and storytelling over the past 12 months have created change within communities and opened eyes and hearts around the globe. Take a glance at our most unforgettable moments of 2022 as we prepare for more captivating films and storytelling in 2023!