How Music Shaped 'For the Love of Rutland'

By AMERICA REFRAMED FOR WORLD CHANNEL 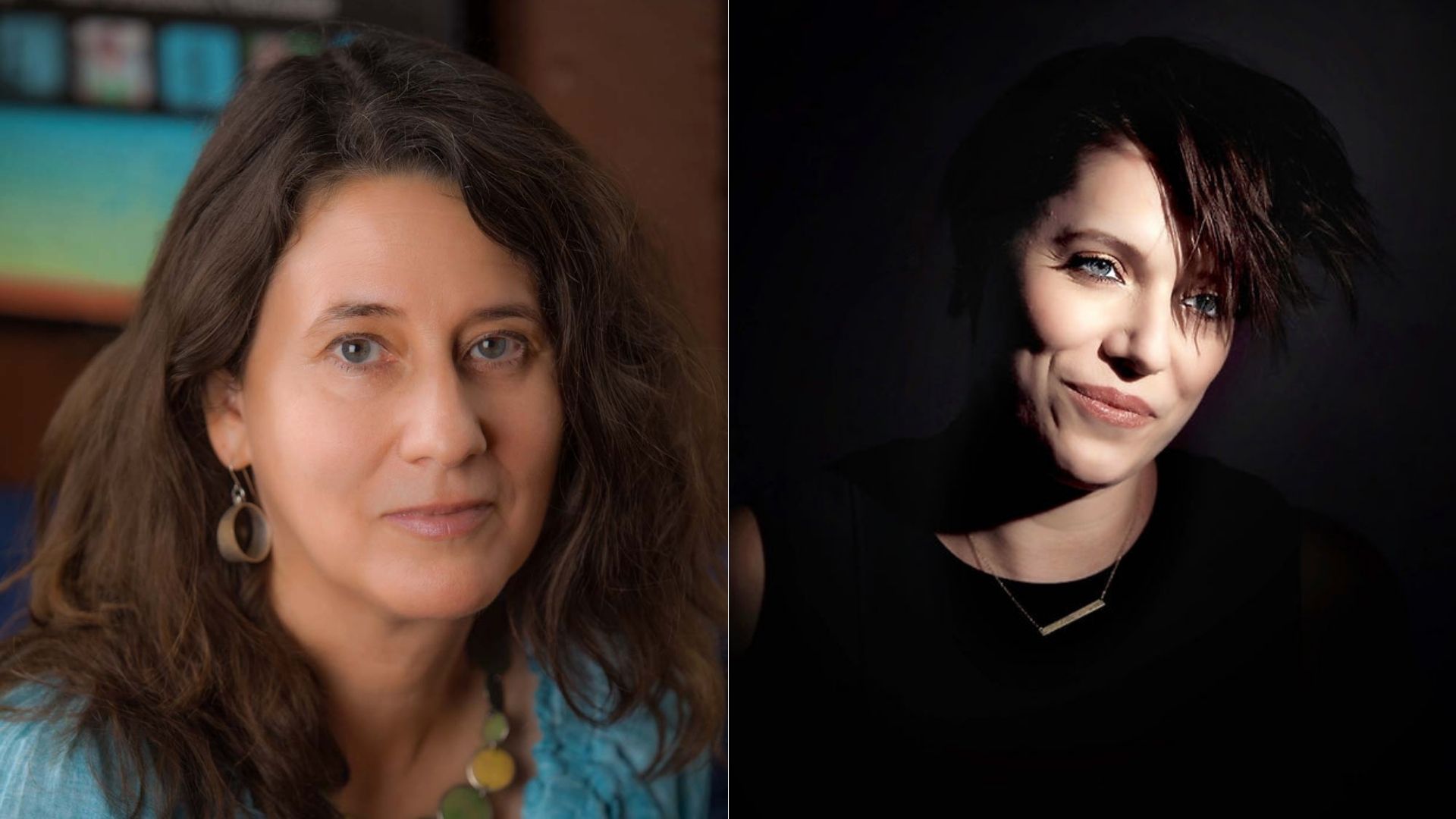 Discover the story behind the creation of the score of America ReFramed's 'For the Love of Rutland.' In the film, Stacie Griffin contends with divisive opinion and politics in her small town of Rutland, VT when Syrian refugees are welcomed into town.

The staff of America ReFramed sat down with director and producer Jennifer Maytorena Taylor and composer Emily Rice for an exclusive interview on how they created the soundtrack to the film and what they hope it conveys to audiences.

America ReFramed: What sparked the collaboration between you and Jennifer?

Emily Rice: Jennifer and I were paired together at the 2019 Sundance Institute Film Music and Sound Design Lab, where we spent a week together at the Skywalker Ranch, working closely on the score as well as on the film's sound design with sound designer Alyssa Nevarez.

AR: What were your references for what the score should sound like?

ER: Jennifer is a musician herself, and not only was she able to speak to me musically when appropriate, but she also had a strong vision for what she wanted the score to be and gave me a number of really interesting references. One of the references that really stood out to me was a piece of music from These Birds Walk, which uses the cello in a number of ways that stray from a traditional sound. So, hearing that gave me permission, in my mind, to use the cello – I started my musical life learning the cello – in all its glory.

She also gave me several Radiohead references, which was great, as I am a big fan, and this gave me permission to be experimental with electronics and also to process and manipulate the more traditional parts of the score. Jennifer also shared a number of pop songs with me, and through these I realized that she was giving me permission to be emotional in the score. Through sharing these pieces, it became clear that the 'Rutland' score was going to be founded in traditional writing for strings – predominantly cello – with some electronics mixed in here and there, and musically it needed to have a strong emotional core.

Jennifer Maytorena Taylor: The "low end" of the sonic range has always fascinated me. I used to play cello as a teenager, and in recent years have been studying jazz bass, and I am really drawn to how lower frequencies vibrate in the body as well as how the cello and bass are often playing in counterpart to the main melody. To me, this is the musical equivalent of subtext, and so I knew for this score we needed to have a lot of elements working together, mostly in harmony but with some dissonance and underlying tension to reflect the story's complexity.

AR: What was your process like for scoring this film? How did you two discuss refinements to the score?

JMT: I've worked with really amazing composers and musicians on previous films, and since I do have a musical background, I've tended to get very involved in the music editing from an early stage, often templating motifs and ideas from rough drafts of tracks and trading very specific lines and musical ideas back and forth to the composer. For the 'Rutland' film, however, I wanted to actually step back a bit from the process and give the composer more room, since I have never tried an approach like that. Fortunately, this mapped very well with Emily's process.

ER: While we were at the Sundance Lab, we had the chance to work on maybe three or four scenes, and so the majority of the scoring happened after the Lab ended. During the Lab, we had started to develop our way of communicating, and I was able to share scenes in progress with Jennifer. After the Lab, we worked remotely – I was in LA and Jennifer was in northern California. As we'd already established our working relationship, this wasn’t a problem, and I would send Jennifer previews of scenes and she would send me written feedback and notes for revisions, which were usually quite small.

AR: What was a pivotal scene in 'For the Love of Rutland' that the score was integral to?

ER: For me, the opening scene was very important, and we spent a long time discussing the use of sound design to establish our physical presence within the film, and when we should bring the music in as a way of inviting the audience into the film emotionally. I knew Jennifer wanted to tackle this opening scene at the Lab, and I knew that if we got the opening right, then we would be well on our way with the rest of the score.

JMT: Yes, that opening cue, "Demolition Derby" with Stacie riding in the back of the monster truck for one of the film's only moments of true abandon and joy, was really crucial for us to figure out an emotional and musical palette that would take us forward. There is another really important track called "Snowfall" that comes in during a scene featuring a really heavy snowstorm that we also ended up using as a basis for the final cue under the Halloween parade. It references a motif you hear in "Demolition Derby," but now in a completely different context, one underscored by a feeling of joy and heartbreak together. I could listen to that one all day – it still brings tears to my eyes for how deeply it captures the mix of emotions that I think so many of us feel about places we call home.

AR: What is your favorite soundtrack and why?

ER: I am a big fan of "How to Train Your Dragon." I love the orchestra, and this score feels like it's from the classical-romantic period but pumped up on steroids!

JMT: I used to be completely obsessed with the score to that great 1980s French film "Diva." Lately, I listen repeatedly to the soundtrack to Paolo Sorrentino's film "Youth," which has made me a huge fan of the composer David Lang.

Listen to the soundtrack of 'For the Love of Rutland,' composed by Emily Rice, and a curated playlist of songs that inspired the score. Stream the film online and the PBS app.

Emily Rice is a British-born film and TV composer who started her musical life as a cellist playing in orchestras and rock bands. She has recorded and conducted her work at Warner Brothers, Capitol Records and The Wiltern. Rice recently completed scoring the Netflix series The I-Land and has composed the scores to the films 100 Years from Home and Miss Juneteenth, which premiered at the 2020 Sundance Film Festival.

Jennifer Maytorena Taylor is an award-winning feature and short documentary director and producer. Jennifer’s work has shown at venues like the Sundance, Camden, Los Angeles, San Francisco and Locarno Film Festivals, Hot Docs, IDFA, DOC NYC, NY Museum of Modern Art, Sundance Channel, Al Jazeera, NHK-Japan, and very often on PBS. Born in Los Angeles of mixed Mexican and Anglo descent, Jennifer is primarily based in the San Francisco Bay Area and is an Associate Professor in the Department of Film and Digital Media at the University of California, Santa Cruz.

Meet the Makers: What Is Rural America?