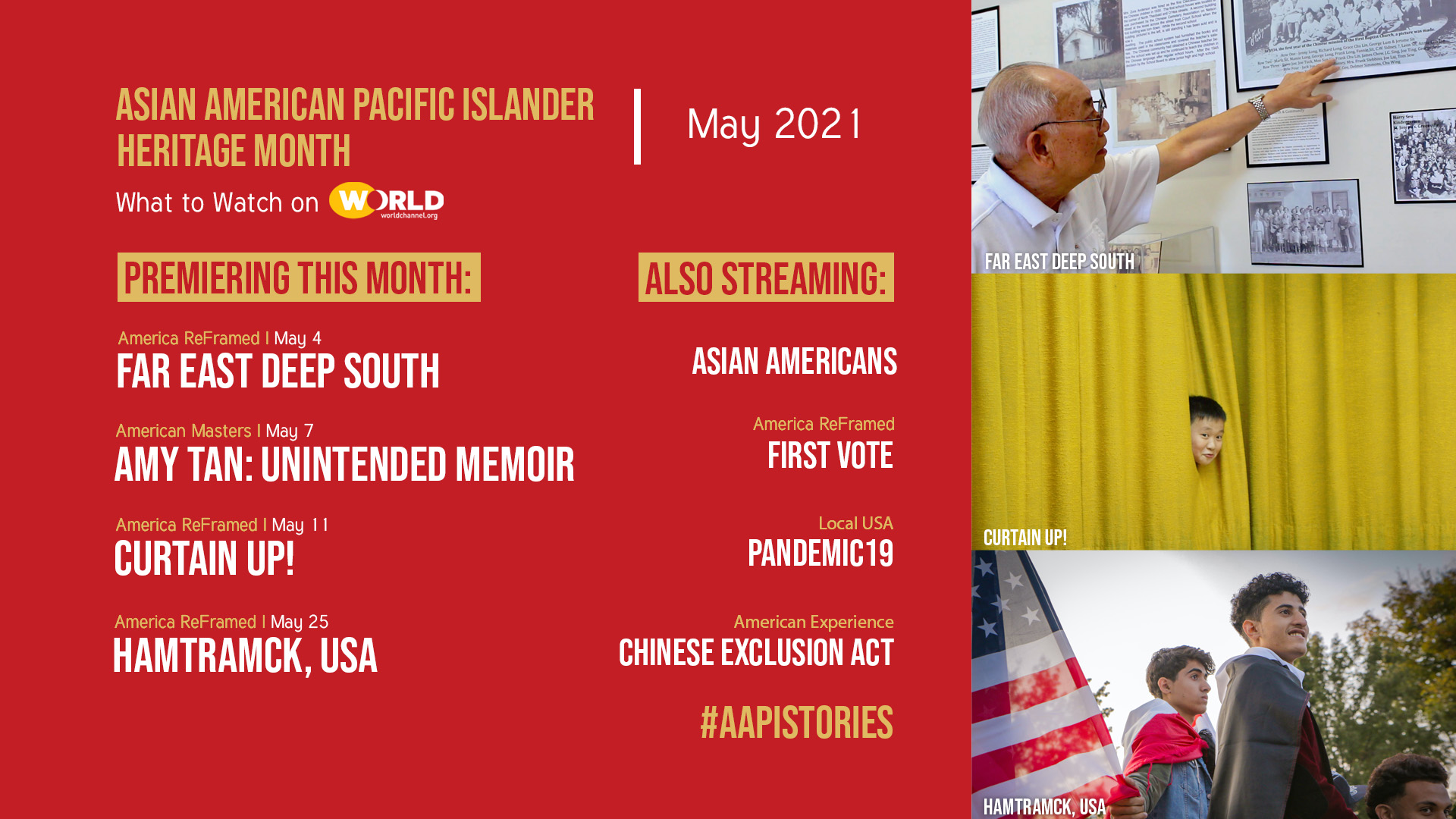 As COVID-19 spread around the world, so did anti-Asian rhetoric. The number of hate crimes against Asian Americans and Pacific Islanders in the United States rose by nearly 150% from 2019 to 2020 as hate crimes overall decreased by 7%, according to an analysis released by the Center for the Study of Hate and Extremism at California State University, San Bernardino. Even with the passing of the anti-Asian hate crimes bill, the fight against racial injustice in America continues.

During Asian American Pacific Islander Month, WORLD Channel will amplify the voices of the many in the AAPI community by sharing stories of defiance, solidarity and humanity. Watch, discuss and engage on social - Facebook, Instagram and Twitter - using the hashtag #AAPIstories and tag us @worldchannel. Subscribe to our newsletter and YouTube for more features including events and interviews.

A Chinese American family’s search for their roots takes them on a surprising journey through Mississippi, uncovering otherwise unknown stories and the racially complex history of Chinese families in the segregated South.

A portrait of the groundbreaking writer that interweaves archival imagery, including home movies and photographs, animation and original interviews to tell the inspiring story of Tan’s life and career.

The Australian Dream
Pacific Heartbeat | May 10 on TV, Online

The inspirational story of Indigenous Australian Football League legend Adam Goodes as the prism through which to tell a deeper and more powerful story about race, identity and belonging.

Curtain Up!
America ReFramed | May 11 on TV, Online & the PBS app

For My Father's Kingdom
Pacific Heartbeat | May 17 on TV, Online

Tongan pensioner Saia Mafile’o and his family are stretched to the breaking point by a commitment and passion to God. The film also offers a view of how secular families deal with devout Christian tithing.

New Zealand music and acting idol Stan Walker leans on his mom, his faith and his Māori culture to fight a unique and potentially fatal cancer that has killed more than 25 people in his whānau (family).

Through the exploration of life and democracy of America's first Muslim-majority city, HAMTRAMCK, USA examines the beauty and tensions of multiculturalism.

Today nearly 2 million people dance hula in Japan. An examination of tourism, economics, and a love for all things Hawaiian, the film begs the question: what is the line between sharing and selling culture?

Told through intimate and personal lives, the five-part series casts a new lens on U.S. history and the ongoing role that Asian Americans have played in shaping the nation’s story.

An intimate portrait of the work and process of filmmaker Nadia Shihab's mother, visual artist Lahib Jaddo, while offering a fresh look at the immigrant story in America.

On January 20th, 2020, the first COVID-19 case was diagnosed in the U.S. With intimate video diaries, follow three brave doctors working to save lives during the first wave, encapsulating the historic times in which we live

An 1882 law made it illegal for Chinese workers to come to America and for Chinese nationals here to become U.S. citizens, the first in a long line of acts targeting and excluding Chinese for more than 60 years.