By Gina Abatemarco. A co-presentation with Vision Maker Media.

KIVALINA is a quiet but stirring portrait of an ancient Arctic culture and its modern descendants: the Inupiaq Eskimo people of Kivalina, Alaska. Today they must navigate an uncertain future 80 miles above the Arctic Circle on a fragile barrier island disappearing due to climate change. Filmed over five years, this observational portrait immerses viewers into the rarely seen, daily lives of an Arctic tribe who try to continue to honor their way of life despite a deteriorating landscape and a government that is failing them.

As the Arctic warms, the tiny island of Kivalina, built on merely a sliver of sand and permafrost grows dangerously smaller, and its foundation is disintegrating at an alarming rate. With increasingly less fall sea ice to protect the shore, the island is vulnerable to worsening storms and is admittedly unequipped for an evacuation. Fearing that a powerful wave could wash them away, the villagers of Kivalina are desperate to relocate before it is too late.

Presently, 400 American citizens live on the disappearing island. While the Federal and State governments grapple with the question of what to do about Kivalina, the village moves on with their daily lives. According to the island's people, their village was once a seasonal hunting camp for their ancestors and never intended as a permanent residence; during the early 1900's The Bureau of Indian Affairs forced the Inupiaq people to settle in Kivalina when the Bureau constructed schools throughout the region and decreed by law that nomadic hunting and fishing tribes settle in one place to educate their children.

The people of Kivalina say they have asked the Alaska State and Federal governments for relocation support since “as far back as they can remember.” The film documents the government's decision to build a multi-million dollar rock sea wall along the island's failing coastline - instead of showing concern for their long-term safety - cementing the community on the island for the next decade or longer, though experts agree the island is in “imminent danger” of a flood.

When your ancestors' homeland is on a survival timeline, how do you navigate the uncertainty of climate change and an ever-changing world? Meet the makers of 'My Louisiana Love’ and 'Kivalina,' plus community organizers in the climate change space, on how to protect our homes and generational traditions from disappearing. Listen now! 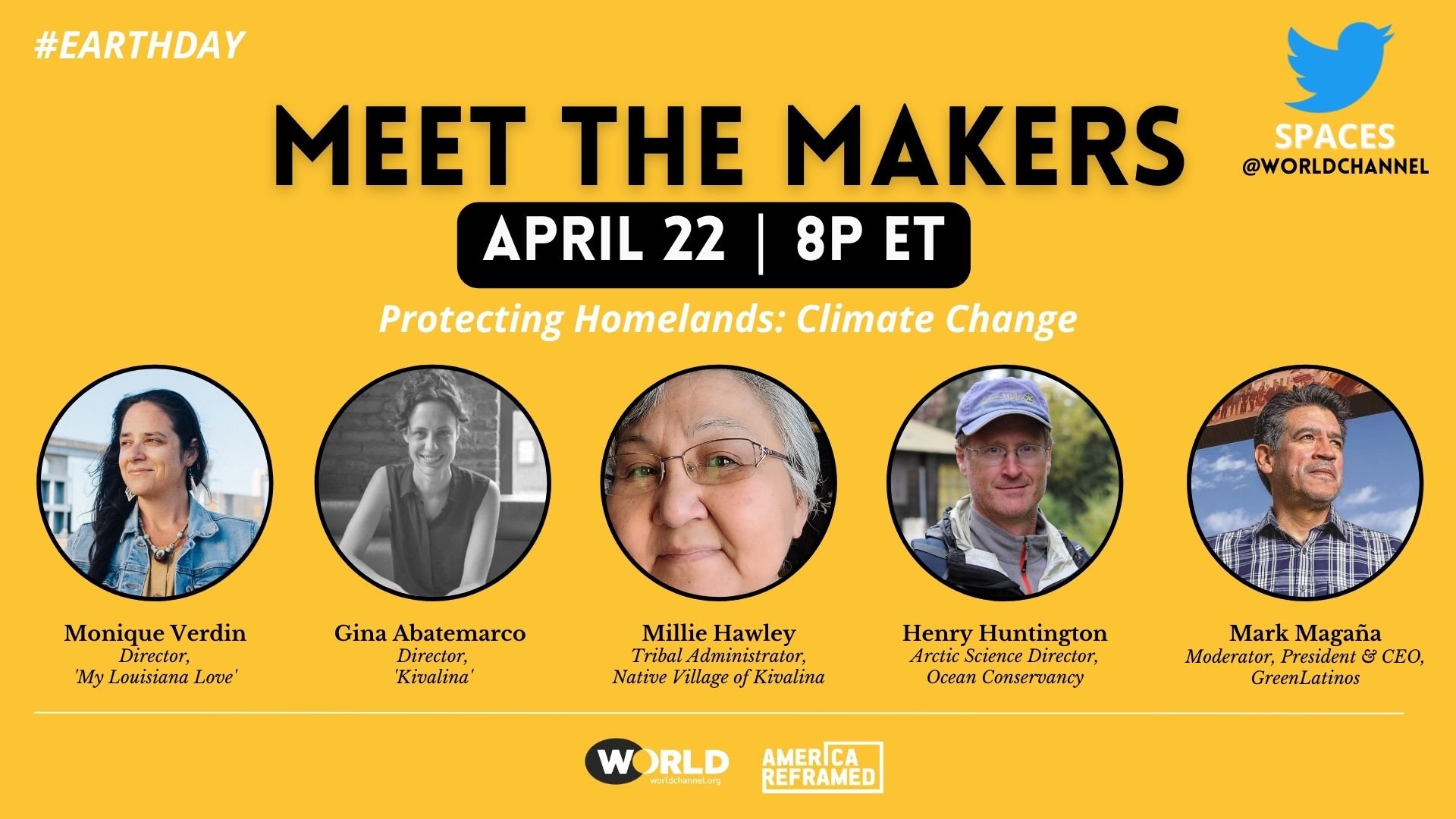 A Decent Home
The Death of My Two Fathers
Big Chief, Black Hawk
View All
Find Your Local Station