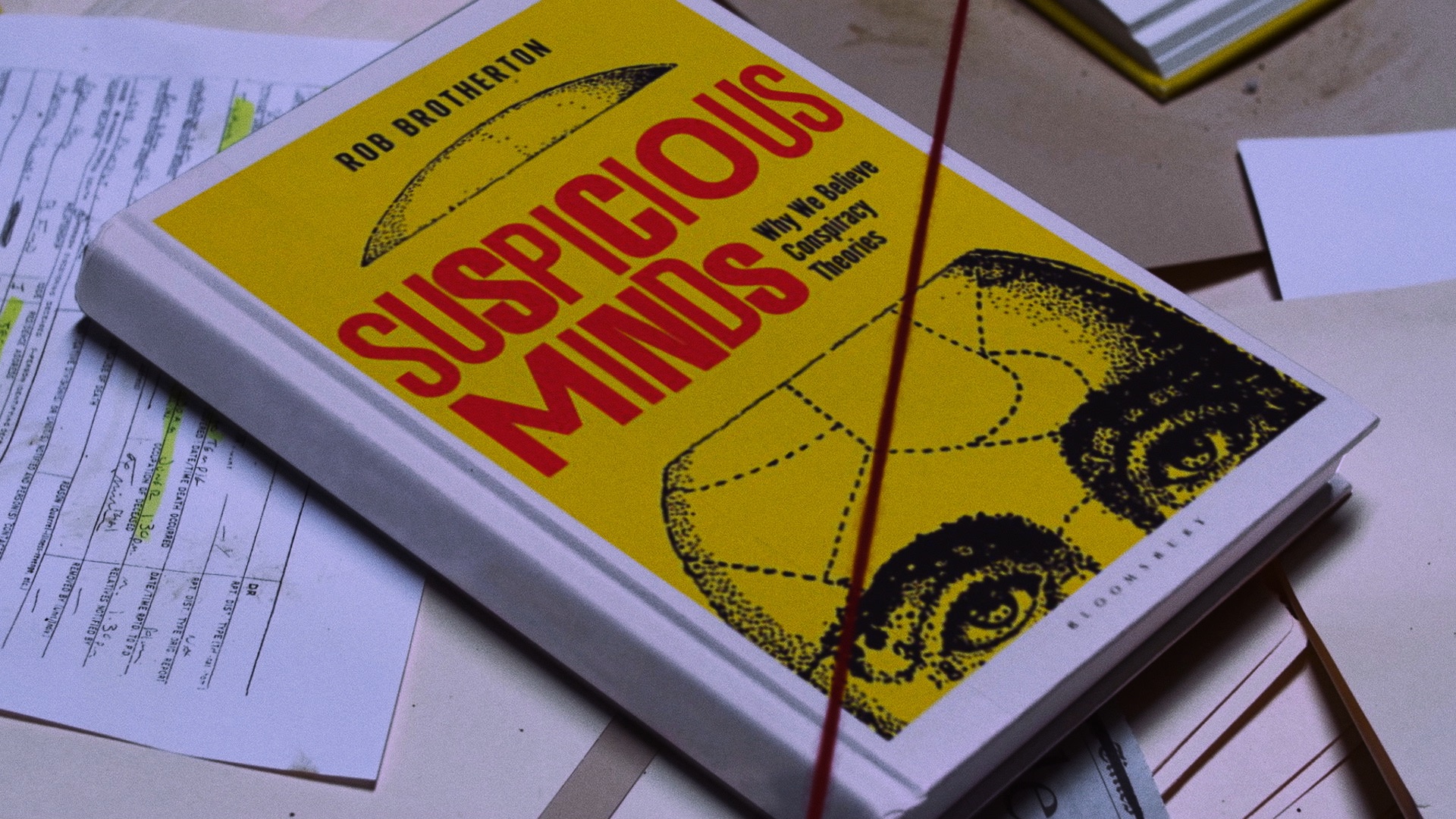 Each episode dives into an area that is rife with conspiracy theories, from medicine to science fiction to tragedies. Episodes one and two explore the many theories that take hold in American politics. “It's all of us who are susceptible to conspiracy thinking - Left and Right,” said filmmaker Danny Alpert. “I think most people today would say this is something that's happening on the Right. But there are plenty of Left-wing conspiracy theories. We all need to learn how to avoid that type of thinking and be able to filter out conspiracy theory from fact.”

Here are five reasons conspiracy theories flourish in politics, according to Pulling The Thread:

1. Losing an election is the best foundation for wild conspiracy theories.

Before you assume that one party is more prone to conspiracy theories than another, consider this: Pulling The Thread features an eye-opening study that illustrates that neither major political party is more likely than the other to harbor conspiracy theories. Rather, the party who loses a major election is almost always more susceptible. “There is a common misconception among most Americans that it's the other party that is the party of conspiracy thinking,” filmmaker Kristin Pichaske explained to us. “What really happens is that the party [endorsing] conspiracy thinking is whichever party is not in the White House.”

So, every four years, a large group of Americans experiences a collective loss of power and looks for a way to process it. Theories around 9/11 swirled under President Bush, and the birther movement thrived under President Obama. “Often, it’s a way for people to deal with disappointment,” says Joe Parent, Associate Professor of Political Science at the University of Notre Dame, in the film. “You want an explanation for what went wrong and how to fix it.” That makes presidential elections a petri dish for conspiracy theories.

2. Conspiracy theories thrive in political instability - and when the nation faces a collective tragedy.

The 2016 presidential election broke the above model, where the losing party typically adopts conspiracy theories. As Pulling The Thread notes, since that election, conspiracy theories have swirled around members of the winning Republican Party more frequently than expected. One explanation? A perception of increased corruption and alienation from the political process. When people “feel betrayed by society, the economy, and the political process,” they’re more likely to believe conspiracies, says Prudy Gourguechon, former president of the American Psychoanalytic Association, in the film.

Which brings us to the most popular conspiracy theory in American history: the assassination of President John F. Kennedy, which is the focus of Pulling The Thread’s second episode. The event was so shocking, it’s no wonder conspiracy theories ran wild. Understandably, people began to wonder: if the government couldn't protect its own president, how could it keep them safe? “It’s intuitively unsatisfying to think a lone gunman could get out of the bed in the morning and change the course of history,” says author Rob Brotherton in the film. “So we go looking for bigger explanations.” In contrast was the attempted assassination of Ronald Reagan in 1981, which resulted in very few conspiracy theories. That's what psychologists call "proportionality bias" - the belief that the cause of an event must be equally significant to the effect that it had.

3. Our brains love looking for patterns to process historic trauma - even when there aren’t any.

Early humans were hunters and gatherers, relying on our brains to help us survive. So we evolved to use patternicity - the ability to find meaning in meaningful or meaningless information. That’s a good thing, because recognizing, for example, a rustle of grass as a potential predator could save our life even if it was just the wind. That desire to make patterns is still with us today, which means our brains love to see patterns about politics that help us form our own theories, even if the dots don’t really connect.

Pulling The Thread features a study that shows once we form a belief, it’s hard to change our mind with facts. In the study, psychologists showed people on opposing sides of the debate around the JFK assassination data that contradicted their beliefs. Both sides thought the data confirmed their own theory. “Our minds function more like lawyers than scientists,” says Michael Shermer, the founder of Skeptic magazine, in the film. “And the point of a lawyer is to defend your client to the best of your abilities, even if that means distorting evidence, burying evidence, or slanting evidence.” Psychologists call this phenomenon "confirmation bias."

4. When governments keep secrets and try to hide them, conspiracies flourish.

Of course, governments hide all types of secrets, usually to protect national security. But when legitimate secrets get exposed, people who believe conspiracies use that disclosure to support their own theory. Our brains start to wonder: if they hid this fact from us, what’s stopping them from hiding even more information that supports our theory?

In the aftermath of JFK’s assassination, President Johnson was worried that Russians would be blamed for the event and ignite tensions, so he rushed through an official inquiry about the event. But that made people even more skeptical about the official explanation. Then, in the aftermath of the Watergate scandal, journalistic and government investigations uncovered a number of real secrets about corruption and misdoings that had been previously hidden. That is why, in the late 1970s, 80 percent of Americans believed some conspiracy theories about JFK’s assassination. The best conspiracy theories have a kernel of truth.

5. Political polarization and social media affect how we get information and form opinions.

Conspiracy theories are nothing new. As Pulling The Thread notes, thanks to our brains and evolution, they’ve been around, literally, since the beginning of time. What is new in our political world is how we get information. “Inherent in the series is this idea that people respond to things that make them afraid or anxious — and that works on social media," said Pichaske. “So there is a tendency during election years for the media and the candidates to really amp up people's emotions in a negative way by pointing fingers at all the horrible things that the other side is doing.”

Since social media platforms utilize algorithms, posts that elicit the most powerful emotions - positive or negative - are more likely to go viral. Social media amplifies existing fears and often vilifies political opponents, creating fertile ground for conspiracy theories. “In our current society, with extreme polarization, the side that’s in control is so different from you; they don’t have your values, and that becomes terrifying," says Gourguechon in the film.