No Longer Invisible: The Disability Community During COVID-19 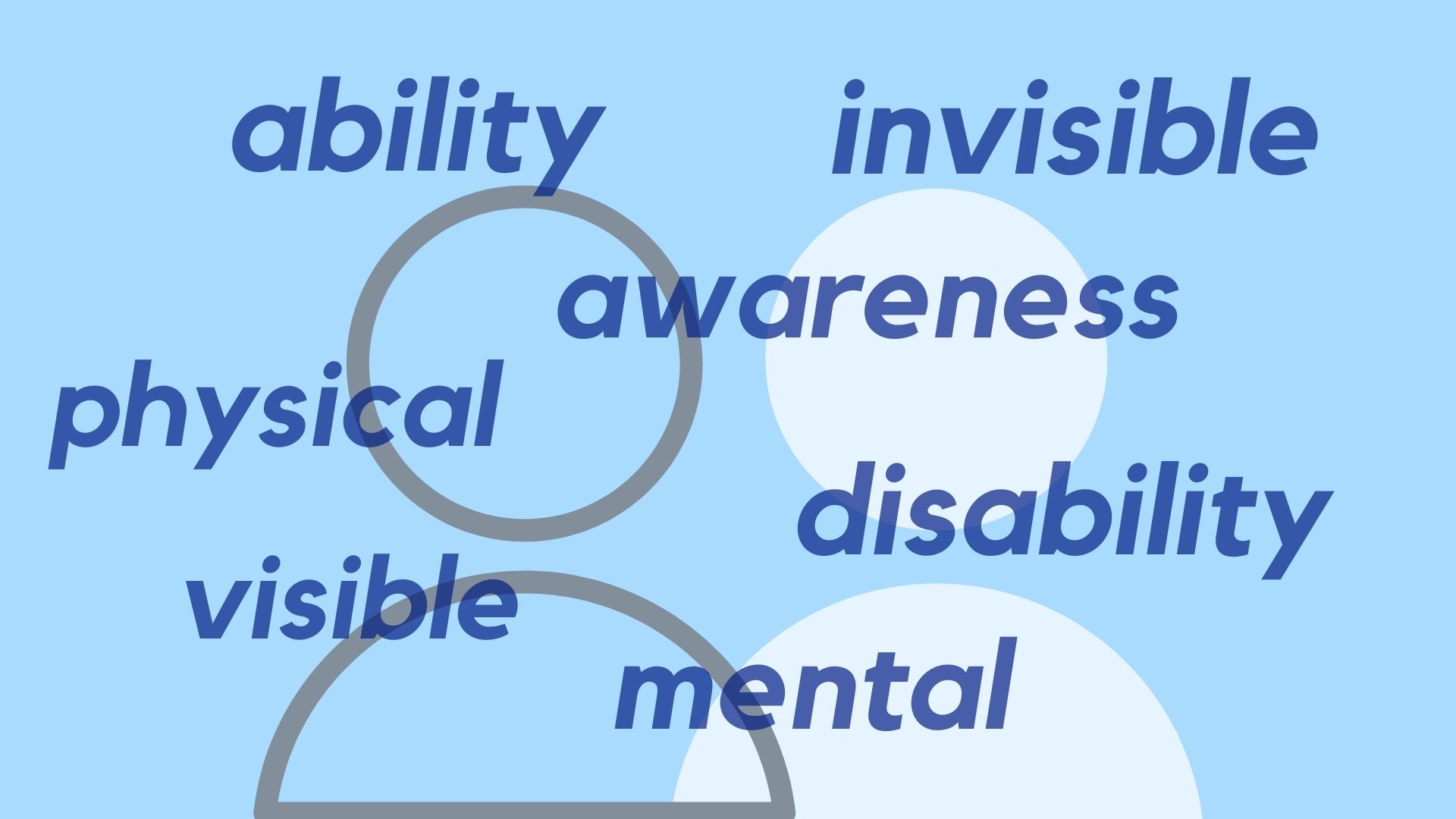 When the pandemic created alternative work environments globally, employees with disabilities, especially those with invisible disabilities like mental health conditions, are now being more widely recognized and accommodated within the workforce.

In the America ReFramed documentary 'Deej,' high school senior DJ Savarese prepares to leave home for the first time to attend college. Deej, who is a nonverbal autistic, is able to communicate throughout the day while managing his physical symptoms using tactics he and his family created. But Deej makes an important point in his narrative: Many parts of his disability are not immediately obvious to his peers.

"Some of my disability is very visible, like my non-speaking, but my movement and breathing disabilities drive my anxiety, and these most important aspects are not so visible," he says. "There’s nothing more hopeless than working to exhaustion and being told you’re not working hard enough."

Although Deej’s autism requires accommodations on a day-to-day basis – an aid in the classroom, a chaperone for an out-of-state trip – his disability also fosters a determination in him to rise to the challenge and achieve the unexpected.

Films like 'Deej,' and national initiatives like October's Disability Employment Awareness Month and Invisible Disabilities Awareness Week, open the door to what living with disabilities looks like. It’s a dialogue often not addressed due to a lack of understanding and representation, when 26 percent of U.S. adults live with a disability.

Disabilities are most commonly described as physical or mental conditions that limit someone's senses or mobility, but the breadth of disability is not standard by any means – individuals with the same diagnosis can experience their disability differently. Still, the general perception is that disabilities are physical; without the presence of a device, like a wheelchair or hearing aid, the assumption is that a person is categorically able-bodied, failing to consider the 10 percent of Americans with conditions that are considered invisible disabilities. Dyslexia, fibromyalgia, ADHD, mental health conditions and many other invisible disabilities limit or challenge a person's activities despite obvious visual evidence.

According to a 2017 study, nearly two-thirds of the working population in the U.S. who identify as having a disability consider their condition invisible – only 3 percent have disclosed this information to their employers.

While people with physical disabilities don’t have a choice but to divulge their impairment to an employer, individuals with an invisible disability do. Despite efforts to quash stigma and discrimination, it still very much exists, which can be seen as a major deterrent in sharing a condition in a professional setting. Without visual cues that alert others to their disability, people may fear being accused of faking, underperforming or being passed over for a promotion. Accepting accommodations could also be viewed as an opportunity for prejudice or criticism.

According to the Bureau of Labor Statistics, just under 18 percent of those living with a disability in the U.S. were employed as of 2019, the ratio being higher for those aged 25 to 34 than those 35 to 44. While some disabilities make it nearly impossible to work, a decidedly large number of people with disabilities do choose to work – and expect, under their rights, to be accommodated in order to do so.

Under the Americans with Disabilities Act, accommodations are required of employers for any employee who has a disability. Adopted in 1990, the ADA was modeled after the Civil Rights Act of 1964 and the Rehabilitation Act of 1973. As it stands, a person is covered under the ADA if their disability meets standards introduced by the ADA, namely "a physical or mental impairment that substantially limits one or more major life activities, a person who has a history or record of such an impairment, or a person who is perceived by others as having such an impairment." The law also draws a distinction between "substantial" and "minor" impairments. In 2008, the definition of what constitutes a disability was amended to include a number of specificities, which overall creates a broader interpretation of the ADA.

Accommodation, meanwhile, refers to any modification necessary for an employee with a disability to participate in the application process, perform essential job functions or enjoy the benefits or privileges of their employment. While examples of what qualifies as an accommodation are provided by the ADA and U.S. Equal Employment Opportunity Commission, an issue still lies with what exactly are considered disabilities and accommodations.

The U.S. Department of Labor delineates only that an accommodation allows a person with a disability equal opportunity to employment and ability to complete assigned tasks. The blueprint for how to appropriately provide for employees with disabilities remains a gray area, a vague guideline that becomes even more muddied when considering invisible disabilities. According to NPR, the majority of disability discrimination charges filed with the EEOC between 2005 and 2010 involved invisible conditions. When the ADA was first introduced, its biggest advocates were polio survivors who were dependent on mobility devices; in 2021, and especially after the physical and emotional toll of COVID-19, what exists in law may no longer be enough to cover the extent of disability.

Diversity and inclusion initiatives have been implemented across the country as a way to spread awareness of all disabilities and ensure that appropriate measures are being taken within the workplace, but the effectiveness of these programs often fall short. Invisible disabilities – even if they are equal to or more incapacitating as physical disabilities when it comes to a person's work – often go undisclosed.

The willingness to treat mental health conditions equally as serious as physical illnesses and disabilities remains a struggle for those who experience them. The hope is that as the conversation around mental health becomes more commonplace, understanding and accommodation will replace stigma, like in the case of Rosalba Calleros and her son Alan. In the series Decolonizing Mental Health, Rosalba struggles to find care for Alan's bipolar disorder – diagnosed with cerebral palsy, Alan's physical disability made it difficult for Rosalba to find treatment that was appropriate for his particular condition.

But mental health is becoming more widely recognized in the workplace. The debate over work-life balance has entered an entirely new era, with many employers putting more emphasis on "self-care," "mental health days," and healthy lifestyle initiatives for their employees. Nevertheless, the state of corporate America – despite attempts at subtlety – remains dependent on overworked employees, with little support allocated for mental health conditions.

What has prompted this change? The COVID-19 pandemic. With many employees working from home, a shift began to occur: As more Americans across the nation experienced mental health concerns due to the stress of COVID-19 (i.e. job loss, deaths of loved ones, isolation), the conversation around mental health struggles, how to treat them and when to renegotiate your lifestyle became less taboo.

A collective understanding has spread through the nation that mental health is not to be taken lightly. Whether these permanent changes will remain in the philosophies and practices of employers remains to be seen, but the pandemic has fostered a newfound awareness of mental health and invisible disabilities as a whole.

The effects of the pandemic can be seen on disability accommodation law, too. The Office for Civil Rights of the Department of Health and Human Services and the Civil Rights Division of the Department of Justice recently issued guidance on the interpretation of the ADA to include the long-term effects of COVID-19 (referred to as "long COVID"), stating that conditions sustained during COVID-19 illness are covered under the law.

COVID-19 has changed things for employees with all types of disabilities. Working from home allows one to work under conditions tailored to their personal needs, whether that is to ensure physical or mental comfort. As employers and employees alike consider what their work environment will look like going forward (a plan to eventually return to the office versus more permanent work-from-home options), these measures are front of mind, the versatility becoming more acceptable to many employers.

Analyzing how disabilities are accommodated and treated in the U.S. creates the opportunity to better these practices for present and future generations. While the pandemic has opened our eyes to the many ways disabilities can present themselves, much work is still to be done in order to ensure that every person, regardless of ability, is given the opportunity to excel.

Once a “profoundly disabled” kid, DEEJ is now a college student standing up for his peers.

Article Dyslexia Awareness: How Storytelling Brought the Fight out in Anna Willis-Collier

Storytelling coach Anna Willis-Collier shares her story about coming up against intolerance encountered by people with dyslexia.

Four youth, ages 5 to 15, reveal what it’s like to live with physical disabilities.

COVID-19 shook the globe in early 2020, and as we continue toward healing and a new normal, WORLD Channel’s stories of loss, strength and resilience alike remind us of how unity helps us move forward after periods of instability.

A mother's struggle to find adequate mental healthcare for her son with a disability.

Episode
Stories from the Stage
Game On!

You can’t win if you don’t play. And playing can make all the difference.

Episode
Stories from the Stage
You Can't Pick Your Family

Recalling the moments that redefine the meaning of family. Hosted by Wes Hazard.

Episode
Stories from the Stage: The Podcast
School Days

Episode
Stories from the Stage
In the Dog House

Paying tribute to our canine companions and their culinary namesakes. Hosted by Mike Tow.