When both sides feel heard, there is armistice on the battleground

I am a first-generation U.S. Indian immigrant in America. I live with my two sons, my husband and my mother in a tight-knit ethnic enclave in New Jersey. On November 3rd, 2016, my world changed when the America I knew of changed. Trump’s victory unsettled me.

I had seen how ‘divide and rule’ politics could tear at the fabric of a nation. A political spectrum riddled with hate and divisions reminded me of my childhood in Mumbai, India. I was afraid that America was going to follow the same path as India. At the age of 15, I saw my country being ripped apart by one of the worst communal riots where thousands of people died. Socialist and Hindu nationalist politicians had a history of instigating conflict to prevent their citizens from uniting against them. Once they gained the power they were looking for, they did nothing to help those who were the pawns in their political climb. During the riots, my school was shut down for about a year and I wasn't allowed to leave the house. From my window, I watched the neighborhood behind us burn to the ground.

Nearly twenty-five years later, I experienced the same divide and rule politics. This time in America. Though a common phenomenon in my home country of India, I had never imagined that the same could occur here - and it hadn’t in the 15 years I had lived in America to that point.

My shock fueled me to investigate these circumstances. To find out, I headed to the Lehigh Valley of Pennsylvania. For a tiny region, it has an outsized influence on our primary elections. The swing state of Pennsylvania had voted for Obama twice, then flipped to Trump in 2016; that's why the pundits say “as the Lehigh Valley goes, so goes the nation.” I thought, since Lehigh Valley was so close to my own home (just 100 miles away), I could take a quick trip there to satisfy my curiosity.

As I started interacting with the voters from Lehigh Valley and various grassroots organizations from both Republican and Democrat parties, I soon realized that the fiery partisan politics of Washington did not represent the reality of America’s political landscape, which is far less divisive. I saw that left-leaning and right-leaning voters have far more in common than they thought. That’s when I decided to make a non-partisan film that would allow the characters to speak for themselves and their own experiences. I wanted to make a film that would be a tool to bridge partisan divides and build better understanding, rather than inciting more of the same political animosity. I wanted to know - is this hate on both sides sustainable? Are there ways to bridge our divide and coexist?

I soon realized that I couldn’t tell this story alone. As an Indian immigrant, I felt I wouldn’t be able to gain the trust required to engage equally with all of the characters involved in this story. I needed to find someone whom both sides of the battleground would open their hearts to. I began to collaborate with Jonah Markowitz, who would be an outstanding contributor to the team for his technical skill, and because he possessed traits which appealed to both Greg and Tom’s supporters. Above all, I was drawn towards Jonah’s passion for the mission of the film and his deep sensitivity and empathy that allowed him to accurately capture the humanity of our subjects.

Jonah began filming Tom Carroll, a strong conservative, Trump delegate, and Chairman of the Lehigh Valley Tea Party. Tom was responsible for the county’s turn from blue to red. He was relentless in his rallying of the extreme right wing and persisted through resistance from other members of his own party. Surprisingly, I was drawn towards Tom and his ideals. He reminded me of my grandfather, who was a staunch conservative and a man of great integrity. My grandfather used to abhor the liberal elites who identified as “socialists” from the Congress Party of India. Even still, I dreaded entering the meetings of the Tea Party. Ironically, contrary to my experience, Jonah could easily blend in but became even more wary of the Tea Party upon his initial meeting with them.

Our liberal subject was epitomized by Greg Edwards, a black pastor with an enthusiastic following. Greg represented the most progressive residents of the Lehigh Valley community. He could often be found hyping up large crowds in common spaces throughout the area, encouraging minority members to pursue leadership and fight for better representation. At first, I was skeptical of him because he reminded me of some of the cult-like socialist leaders in India, who promised us ‘the moon’ and then delivered us nothing. However, I completely assimilated into Greg Edwards’ camp. They welcomed both Jonah and myself with open arms. Jonah felt a kinship with Greg, who reminded him of his own progressive parents. He admired Greg’s grace and was captivated by his unifying presence.

Over the three-plus years behind the making of BATTLEGROUND, we spent endless hours watching Tom Carroll and Greg Edwards leading individual groups with oppositional viewpoints. Our personal skepticisms were only assuaged when we brought them together and saw how, despite all odds, they found the common ground in one another’s missions. When we filmed Greg and Tom sharing a meal together, laughing and talking and eventually agreeing on the many similarities between their respective parties, they had a productive discussion on their parties’ respective positions when all of the political drama was stripped away. For instance, when discussing criminal justice reform, American citizens are often conflicted by liberal accusations that tend to frame republicans as wanting to round up all people of color and throw them in prisons. Meanwhile, conservatives are often under the impression that democrats want to give all criminals a free pass and let them run free throughout the nation. In fact, neither exaggeration is true for the majority of each party; Greg and Tom recognized this. The same could be said of conflicting opinions regarding imigration, education, healthcare. But at the end of the day, they both wanted what they believed to be best for their country, and neither could fault the other for it. In fact, this essential motivator developed a mutual respect, and was revealed to be the unifying factor that made life on the battleground bearable for its otherwise fractured community.

We walked away from our last shoot with more questions than we started with. But these were questions sparked by curiosity rather than confusion, from a desire to continue the conversations so often drowned out by the media’s extremist, blame-centric narratives. While filming, we had realized the power of challenging our own biases by listening before labeling. The expansion of our own perspectives on each side of the political divide was the catalyst that encouraged us to produce this film with a sense of objectivity that might allow the viewer to travel this same journey themselves, perhaps empowering them to draw similar conclusions. In the hopes that by giving each political side the opportunity to empathize with and understand one another, we could build a bridge of acceptance between the bitterly polarized factions of our country. We are thrilled to know that we accomplished even a small piece of this goal by the great reception we received from both the left and the right of the Lehigh Valley upon the premiere of our film. The moral of our story: When both sides feel heard, there is armistice on the battleground.

Hemal Trivedi is a Mumbai and New York-based documentary filmmaker/editor, whose editing work has won an Academy Award, three Emmy Awards, and seven Emmy Award nominations. Her most recent feature, AMONG THE BELIEVERS, was nominated for an Emmy Award in Outstanding Documentary in Government and Politics, a Cinema Eye Award, and an Independent Spirit Award. It also won over 30 prestigious awards and honors. Other credits include OUTLAWED IN PAKISTAN, SAVING FACE, SHABEENA’S QUEST, and BEYOND MUMBAI.

Watch BATTLEGROUND and a whole collection of films as part of Your Vote 2020. Share and join in the #YourVote2020 conversation online. 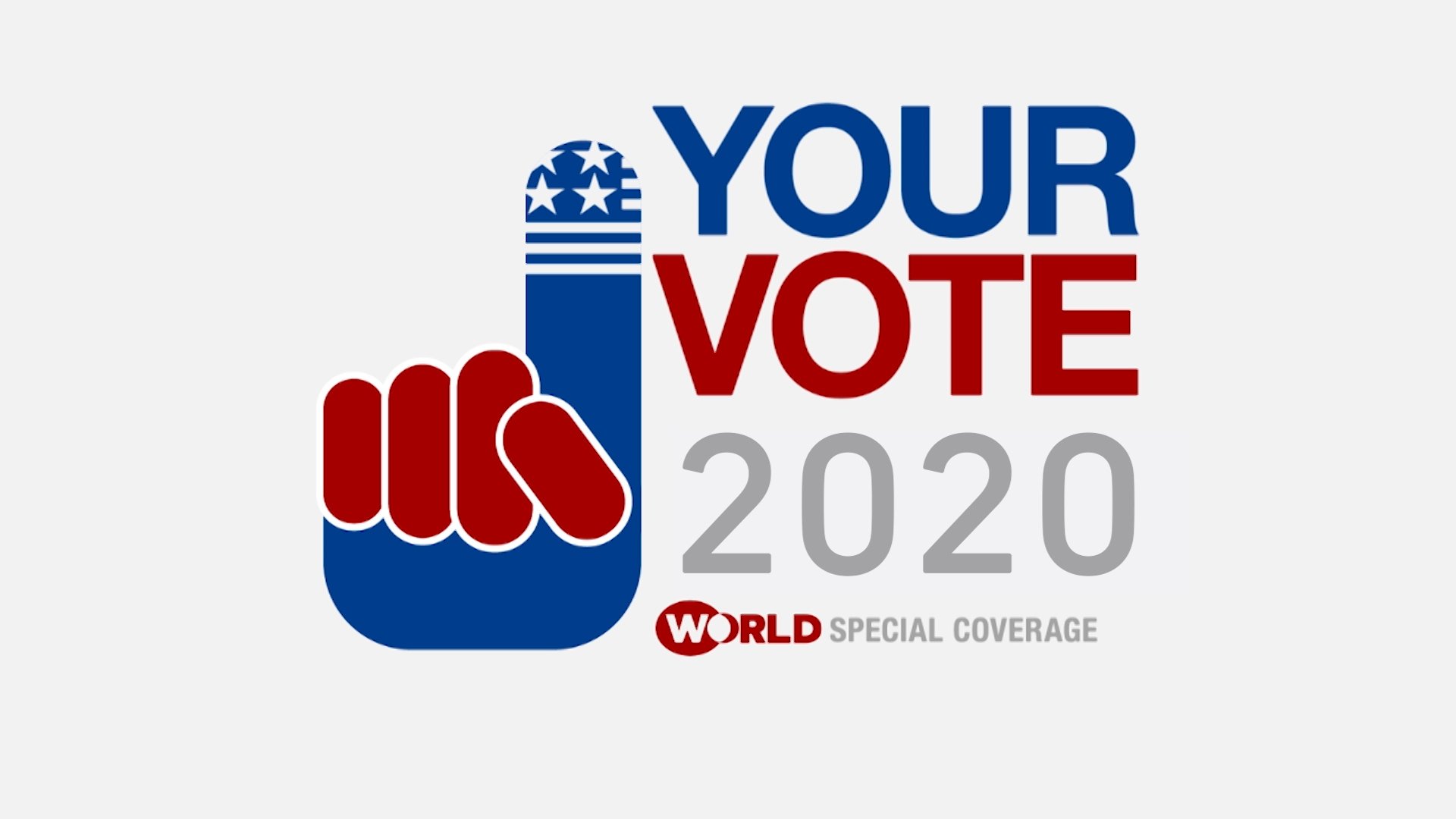