'On All Fronts' is presented as part of Asian American Stories of Resilience and Beyond. 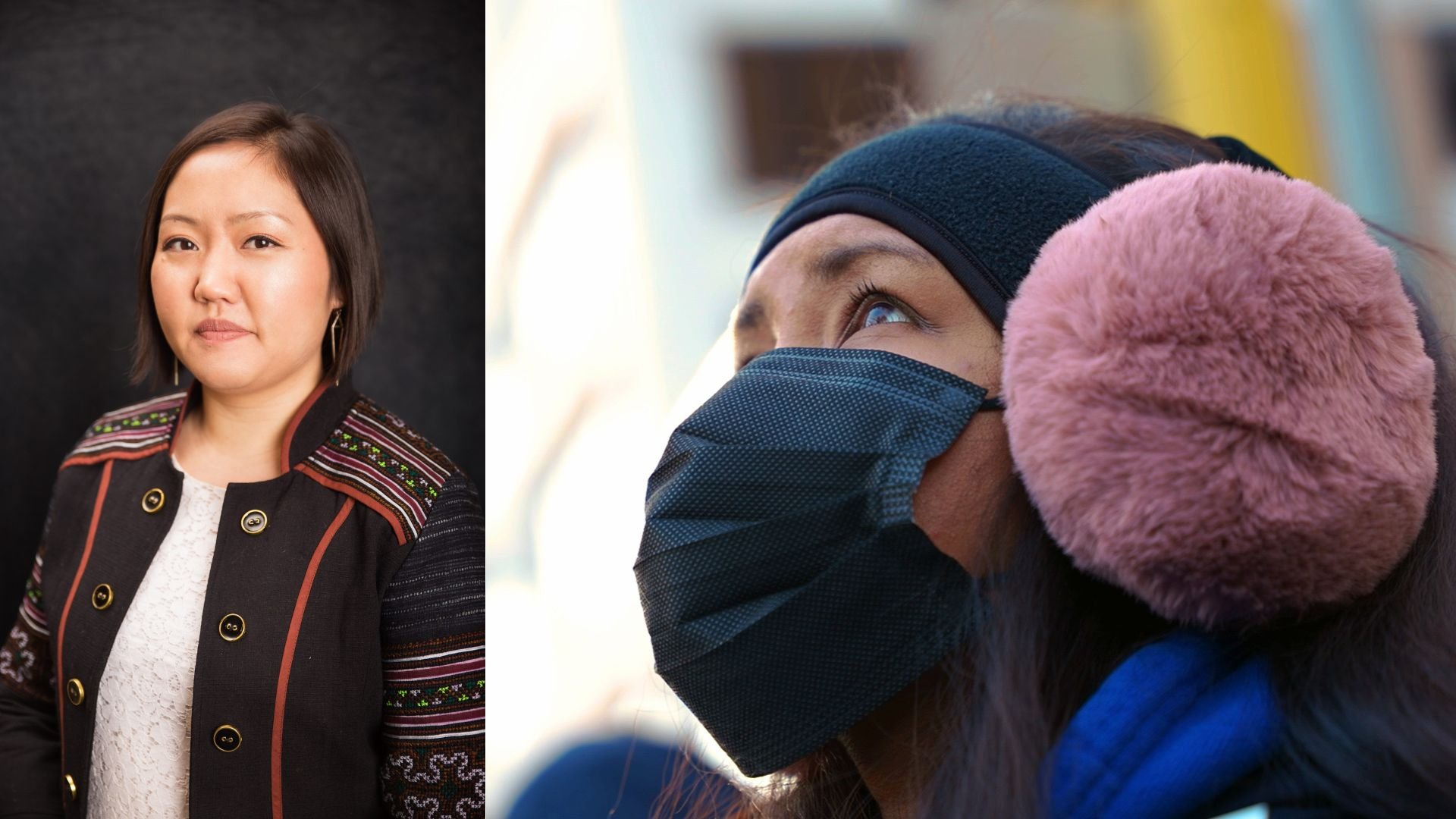 In Joua Lee Grande’s ‘On All Fronts,’ the Moss family of Peni, David, Latifah and Tony reflects on the racial reckoning of 2020-2021 as a Black-Indonesian household in a Minnesota suburb not far from where George Floyd was killed by Minneapolis police officer Derek Chauvin.

Hmong American filmmaker Grande, who got to know the family over the years as a friend of Latifah’s, was interested in documenting how local families have processed racial tensions and rising anti-Asian hate crimes in America. “When I started thinking of this project and dreaming of how to tell the story, I wanted to focus on biracial families who are at the intersection of all this different hate that people were experiencing,” she said.

The Minneapolis-based director spoke with WORLD Channel about her short film and the importance of telling Asian American stories, especially those that explore duality and identity.

WORLD Channel: Why was it important for you to tell this particular story?

Joua Lee Grande: In 2020, after George Floyd was murdered, there was press covering the uprisings, the protests and the aftermath. Once the story was no longer as “exciting,” the press left. But the reality was that the community was still struggling, still fighting. There continued to be police violence…people continued to be killed by Minneapolis police and other local police. That trauma takes a toll, not only on the Moss family, but on myself as well.

It's important to see what local community members are experiencing, [in this case] through the lens of one family. Then you get to see some of the trauma that they have experienced and also the resilience that their family has, and the things that they have to do in order to just survive and get through each day. The Mosses’ experience is just a peek into what so many other families that are Black, or Asian, or other underrepresented groups, especially here in Minneapolis, have had to go through.

Storytelling is an integral part of creating change. A lot of people, for a very long time, didn't realize that was the case. We saw it here in Minneapolis – part of why we have racial tension is because of the way that storytelling and media can portray communities of color and other marginalized communities. During and after the uprising, there was media – local, national and international – coming in, and the community paid close attention to how it was portrayed: what parts of the story were being told and what parts were being left out. And so storytelling is crucial because depending on what stories are told, it shifts the narrative and the understanding that the public has of a situation.

WC: As an Asian American filmmaker, how do your own personal experiences impact the stories you tell?

Without stories to help people understand what's happening in the world, there can't be change. Because whoever controls the stories that the public [consumes], they control what happens on a systemic level. So, it's important to share stories of underrepresented communities, because only then can people have a truer understanding that's not just from a specific lens. It really shifts people's understanding of what's happening in the world, and locally.

WC: How does your film add to the discourse around identity?

When the family shared that Peni is Muslim, that was powerful. [But when] people think Muslim, they think East African or Middle Eastern, and that's it. Islam is one of the most widely-practiced religions in the world, and the country with the largest population of Muslims in the world is Indonesia. In my short piece, [you] see that not only is this family dealing with the discrimination and racism of being Black and being Asian, but also of being Muslim. So it's important to dispel people's preconceptions of what being Muslim looks like.

WC: What does resilience mean to you?

JLG: My parents are from Laos, so I'm first generation born in the U.S. It's always been a battle to figure out how to balance these different cultures, both of which are very much me.

[Resilience is] deciding that I'm going to decide for myself who I am. That means not just being someone who takes what I learned from the Hmong community or American culture, but also different cultures, different people from all around the world that I meet. It's resilience to be able to say that I'm going to reject what people have decided for me to be so that I can thrive and not have to walk on this line that's impossible to walk down.

WC: What do you hope for audiences who see ‘On All Fronts’?

JLG: That what they take away isn’t that this film represents all of the Black experience, or all of the Asian experience, or even all of the biracial experience. It represents one family's experience – a peek into what it has been like for families of color, especially those families that have been hit most by the racism of the past two years. My hope is that people can, at the very minimum, digest it and grow a better internal understanding of what may be going on in the world.

Joua Lee Grande’s ‘On All Fronts’ is now streaming on the PBS app and WORLD Channel’s YouTube. Asian American Stories of Resilience and Beyond is presented in partnership with the Asian American Documentary Network and the Center for Asian American Media.

Episode
Asian American Stories of Resilience and Beyond
On All Fronts

A biracial family navigates conversations about racial reckoning and its impact on them.