Mental Health & the Power of Vulnerability: 'Any Given Day' Filmmaker Margaret Byrne 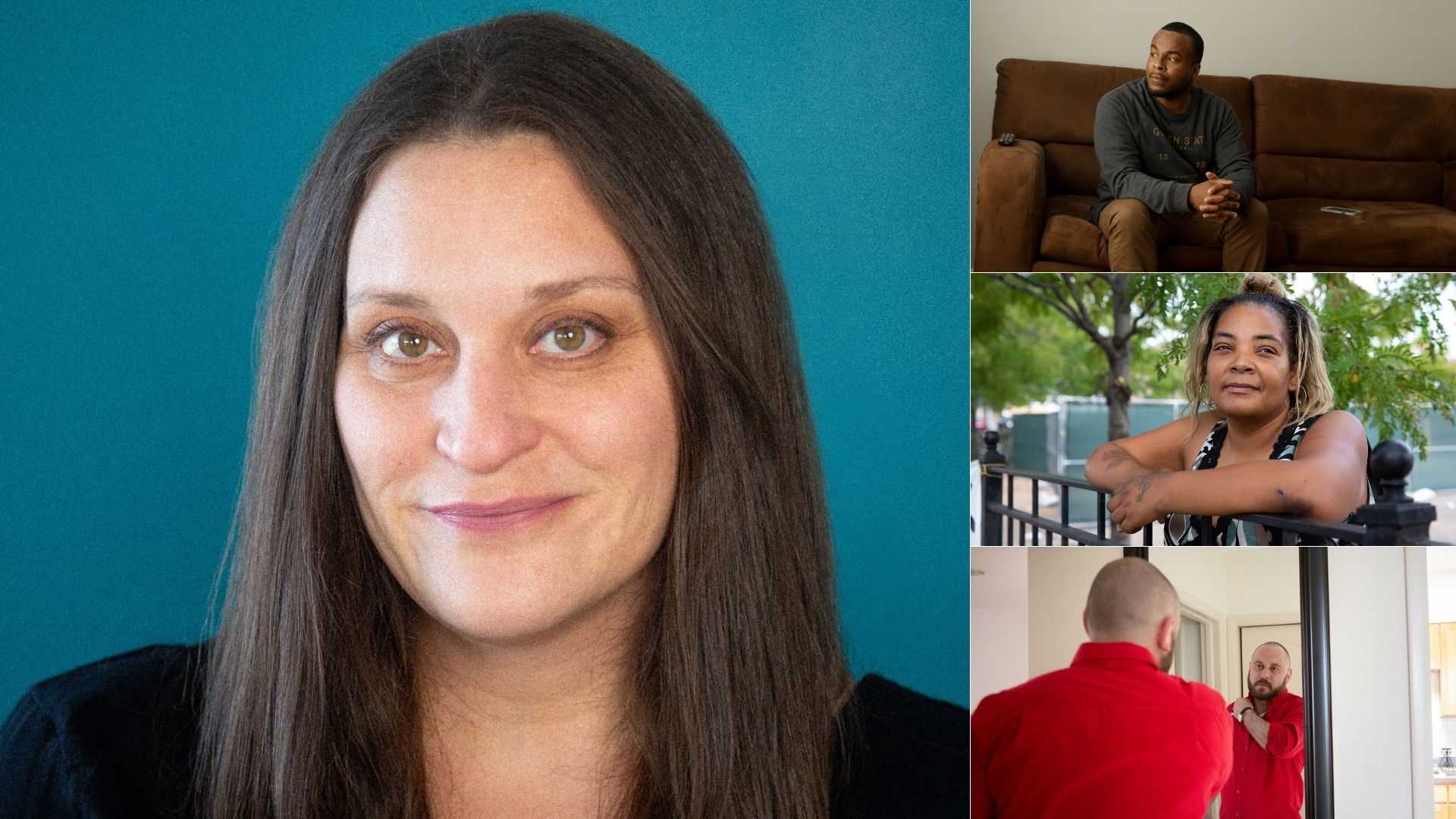 In the America ReFramed film 'Any Given Day,' three Chicago residents participate in a mental health court probation program while struggling with mental illness. Throughout the film, audiences get a glimpse into how the Cook County mental health court supports the formerly incarcerated with social services, including housing, employment and therapy, in an effort to treat mental illness and end the cycle of incarceration.

As Daniel, Angela and Dimitar weather the ups and downs of treatment and reintegration, filmmaker Margaret Byrne follows their journeys with an intimacy and compassion borne of her own understanding. While presenting the stories of her three subjects, Byrne also opens up about her own mental health.

"It’s a film about lived experience. We are all humans; we all have mental health crises at certain times in our life," she said. "If I wasn’t honest about my own history with mental illness, then how could I make an honest film?"

Byrne spoke with WORLD Channel about the choices she made as both a filmmaker and subject while making 'Any Given Day,' and how, ultimately, connection and openness is the way forward through mental health struggles.

WORLD Channel: How did you balance your relationship with your subjects and the inclusion of your own story in the film?

Margaret Byrne: I originally didn't set out to be in the film. I didn't think my story was important. I realized [I should be] because I started to be around the edges [of the conversations], and the way we were relating to each other was becoming a part of the film.

Being in front of the camera instead of behind the camera was different. I'm grateful for the experience of making myself vulnerable, because I have more wisdom about how that feels for people on the other side of the camera. The reason why I put myself in the film was to be honest and say, "This is something that we all struggle with. We all have mental health." Daniel always likes to say that we're all in this together and I'm one of them.

One of the challenging aspects was playing multiple roles and walking the fine line of filmmaker, advocate and friend. When is it appropriate to have a camera here? When Angela goes to pick up [her son] Anthony, and she has to call the police [to escort her], I went as a friend to support her. I remember thinking, "Should I film this? Should I just be there to support her?" In the end, I was able to do both, but it was a challenge. Toward the end of that scene, you see me set the camera down, because I had shifted roles.

Developing relationships with [Daniel, Angela and Dimitar] was important, because it was filmed over a long period of time – five years. Anybody goes through a lot in five years of their life. It was important that [they] watched the film before anybody else saw it, because it was personal, and they're making themselves vulnerable. And now I know how that feels, because I've done the same by including myself.

WC: Why did you want to make a film about Cook County’s mental health court?

The mental health court is still within a punitive system. It's a [felony] court; you stand in front of a judge and you have to plead guilty to your crime. The challenge is: How do you develop trusting relationships with your treatment providers if the court is corresponding with them?

The mental health court is doing what we should be doing in the first place - getting people into community mental health treatment. The goal is that we prevent people from entering the criminal justice system. Once they're in care, and have continuity of care, it's not a steady track up; there are ups and downs, but having care that is accessible in your community is key.

We have amazing doctors. We have all these advancements in medications and in therapies, but most people cannot get full, proper mental healthcare in this country.

WC: What do you want audiences to learn about those supporting their loved ones struggling with mental illness?

MB: Family support is so important, and in the film, you see that it certainly has a toll. It was overwhelming for my sister at that time in my life; I really leaned on her for support. You see [it] with Dimitar and Gina, that Gina's life, in many ways, revolves around Dimitar's care.

Connecting with services and with people is important. Because of the film, Gina talked to a co-worker who was a close friend, and she had never shared with her that her son had bipolar disorder and was struggling with mental illness. Through that conversation, she found out that [her friend’s] husband has the same condition. They were hiding it despite the fact that they see each other every day, work together, are friends – it was something they just didn't talk about.

I hope these stories give people a perspective of what caregivers go through too, and that it's not an easy position to be in.

WC: What is the power in vulnerability when making a film like ‘Any Given Day’?

MB: A lot of times, we lose our autonomy in these situations. We lose control of what we want to do with our lives in those moments [of crisis]. But it doesn't mean that we can't tell our own stories.

Some days, I don't want to talk about my mental health crisis. I don't want to think about it. When you're making any film and asking people to recount things that are traumatic or difficult or challenging, you have to think about how that's going to affect that person and what the benefit is. By Angela, Daniel, Dimitar and Gina having the bravery to be vulnerable and entrusting me to do this with them, they had the chance to tell their own story. They had the opportunity to say, "This is what it was like for me." There's a lot of power in them sharing their stories.

WC: What do you hope audiences take away from your film?

MB: There are so many things that define a person. With mental illness, once you get a diagnosis, you become that diagnosis. It doesn't mean that it's now part of your identity, but that's how a lot of people feel. It's another X on you. But it's just a diagnosis, and you can live a great life in recovery. Your life is not defined by that one thing.

I hope this film helps to reframe how people think and help them feel more comfortable talking about their mental health. The more that we talk about it, the more we can support each other.

'Any Given Day' is now streaming online and on the PBS app.

Meet the Makers: Any Given Day

Article Prioritizing Your Wellness: Where to Find Mental Health Support, Treatment and More

No matter who you are, how you identify or what you believe in, there is a resource available to help. If you or a loved one is struggling, seek support at one of these organizations.

In July, BIPOC Mental Health Awareness Month brings forth a necessary consciousness of what is being done and what more can be done for all communities of color who have historically been left out of the mental healthcare system. WORLD Channel showcases stories of mental health with last year’s digital series Decolonizing Mental Health and the new America ReFramed film Any Given Day.

Article Fighting for Mental Health Awareness & Democracy: What to Watch in July

Watch films and features this July that advocate for the fight for mental health awareness and freedom around the world while looking forward to a more open-minded, just and promising future. For BIPOC Mental Health Awareness Month, WORLD Channel showcases the many stories of mental health as captured in eye-opening films such as Any Given Day and the two-part Hiding in Plain Sight: Youth Mental Illness. Plus, explore democracy and the global fight to save it this month with a new four-part series, Afghanistan: The Wounded Land.