A film documenting the erasure of a Chicago neighborhood

Deborah Payne is an activist dedicated to community development on Chicago’s South Side. David Schalliol is an associate professor of sociology at St. Olaf College. The Chicago-based duo met after Schalliol read about a local demolition project in the predominantly Black neighborhood of Englewood -- Payne was one of the residents leading the fight against displacement. THE AREA weaves the story about the disproportionate harm that structural racism has done to Black communities, while illustrating the hope and promise neighbors find in one another as they fight for their homes.

How did the film come into fruition?

David Schalliol: One day, I'd been working on this project looking at the way buildings are being demolished. There were three buildings being demolished within sight of each other on the same block. I went back home, took a look at the news, and found one or two articles about this project - this proposal to demolish a neighborhood and turn it into a freight yard.

I was surprised. I hadn't heard anything more about it. I was not only interested in demolition but also about these structural conditions that were producing all of these disadvantages. "Why isn't it that more people aren't talking about it?" So I started reaching out to people.

I was talking to people - pastors, aldermen, other community members. I asked people who should I talk to next. Everyone said I should talk to Deborah Payne.

Deborah was involved in heartfelt ways in the community. She was playing a key role in fighting for respect for her neighborhood and for the residents. I reached out, and we had a number of conversations. It was clear that we could build a collaboration, and that we could work towards something bigger. That's the moment where the project went from "I [don't] know what's going to happen" to "I know what this is going to be...this is going to be something that we're going to build together.” 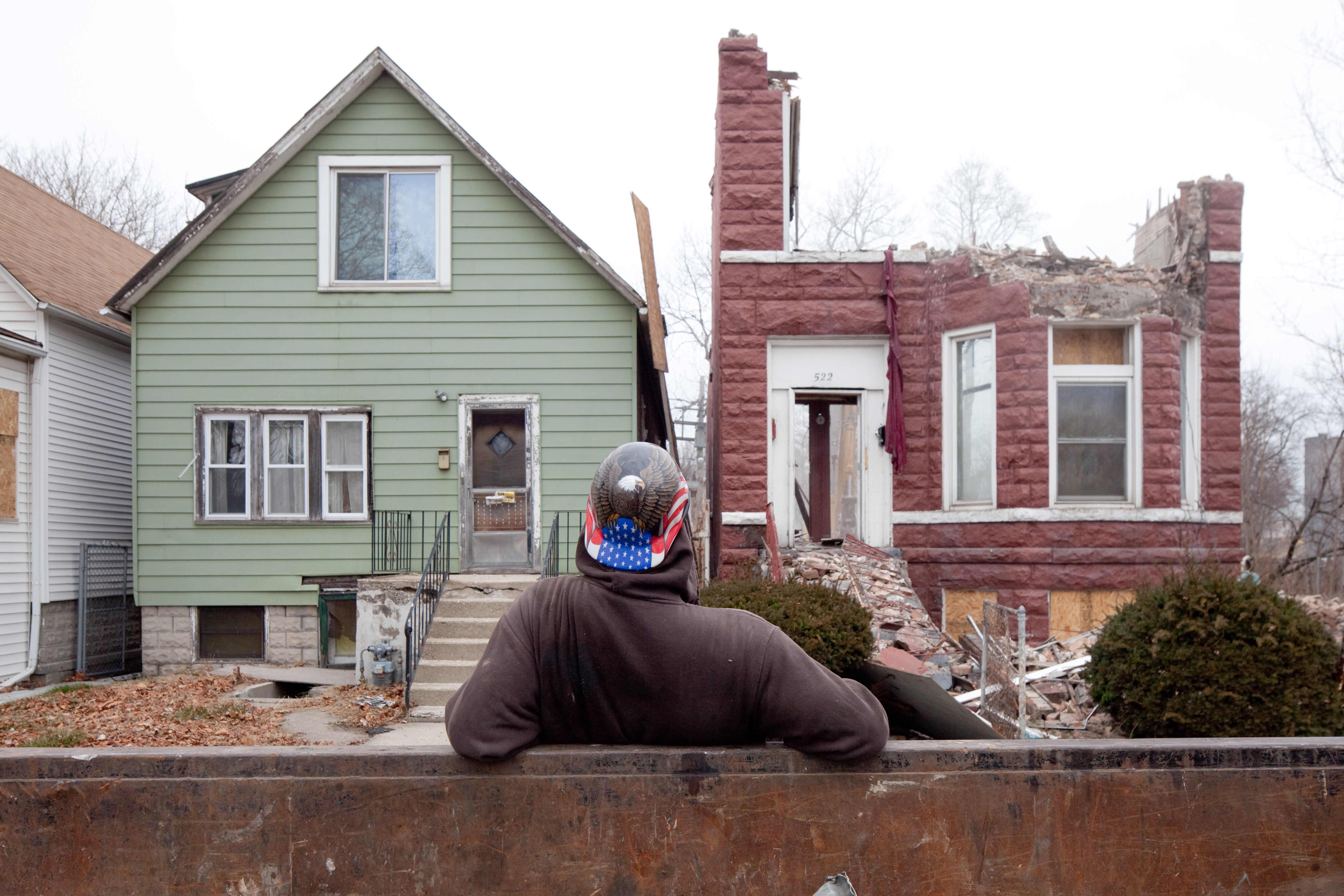 Why did you want to turn your work and life into a film?

Deborah Payne: My thing was being a community organizer in the area that I lived. And trying to figure out, "How can somebody take your property?"

When I was approached [by the freight company], they already knew [about] my involvement in the community. They figured if they got me on board, it would make it easy to get the people to go. I told [them], "You didn't get all the facts. I fight for the people, and this is my community." Did I know what to do? No. But I knew I had to do something.

My job was big. So when I met David, I was like, "Whatever it is you want to do, you can do, but this is what I'm doing." David was taking pictures, and he started sending me some. The pictures became my weapon. I was able to send them to the elected officials. Then David started working with me, teaching me how to file pictures. That was my fight.

What is the one thing you hope audiences take away from your film?

DP: People need to become more involved in their community. See something, say something. Speak up for what you know is right. Tell the truth. Be fair and fight with all of your heart. Be slow to listen and slow to speak. Process what you're going through and do it from your heart.

DS: I see the message as Deborah's message of respect, of hope, of love, of community. Think about how we can move forward as communities to address these absolutely pressing problems that have been within the country for so long. Think about how we can do that by forging new relationships, by strengthening the ones that we already have, and then figuring out how to act in a way that's meaningful and that will get results.

David Schalliol is an associate professor of sociology at St. Olaf College. Schalliol's writings and photographs have been featured in publications such as The New York Times, Social Science Research, and the Museum of Contemporary Photography. THE AREA is Schalliol's first feature-length film.

THE AREA is now streaming on America ReFramed.

A South Side Chicago community’s five-year fight for respect in the face of displacement.

Your vote counts every year. Change begins within every city and town across the nation and radiates upward. WORLD Channel explores theses issues – healthcare, economy, race, immigration, housing, climate change and more – told through the lens of politics and policy and the narrative of the American people.