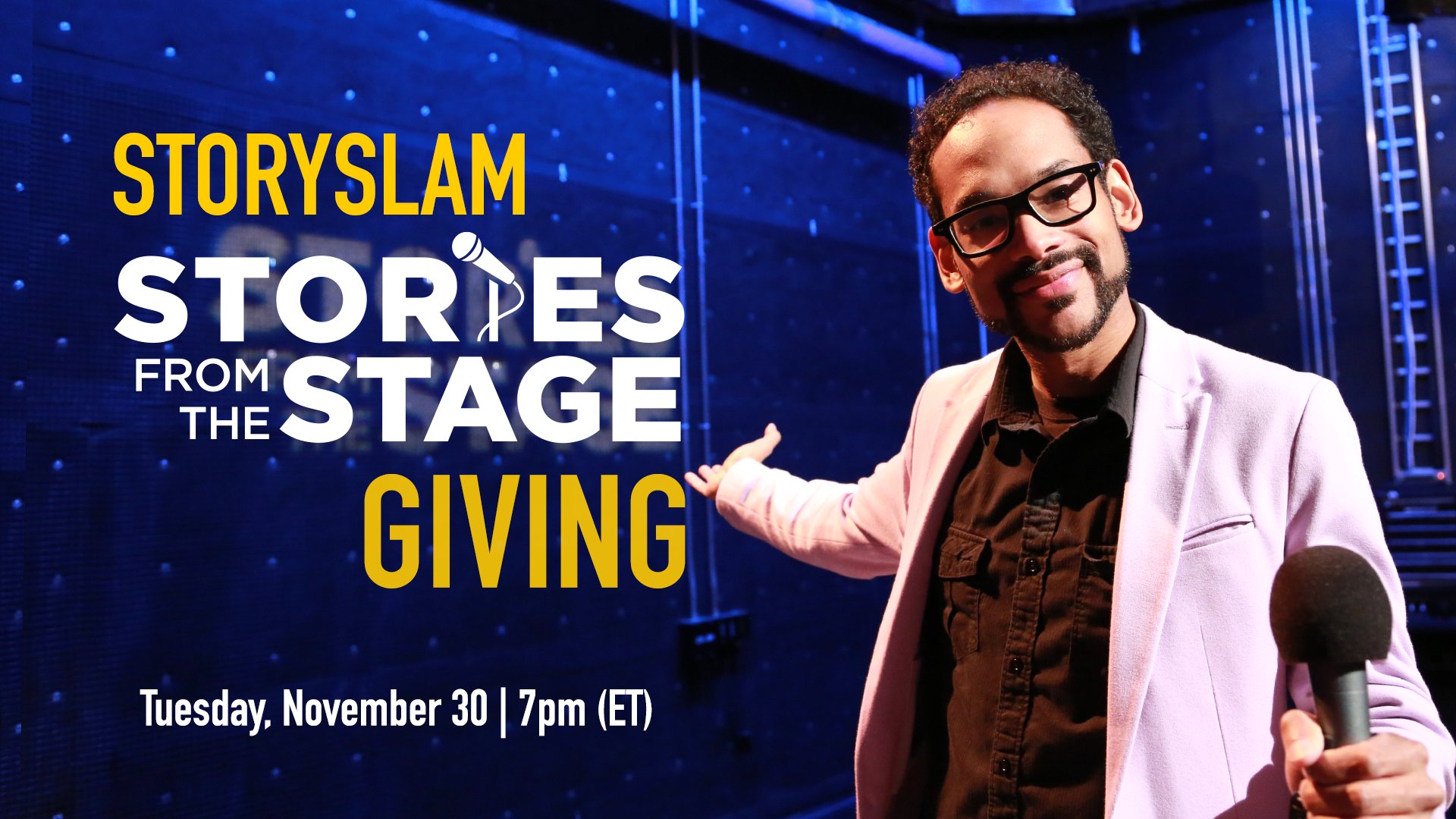 Celebrate Giving Tuesday with this special edition of Stories from the Stage. Six all-star storytellers from throughout the U.S. will share personal stories along the theme “GIVING” in honor of the holidays, then you get to vote for your favorite! A People’s Choice winner will be declared at the end of the evening. Hosted by Stories From the Stage's Wes Hazard and presented by GBH. Get your tickets here.

In the spirit of giving, tickets are being offered for a discounted $5. All ticket purchases will support GBH programming. 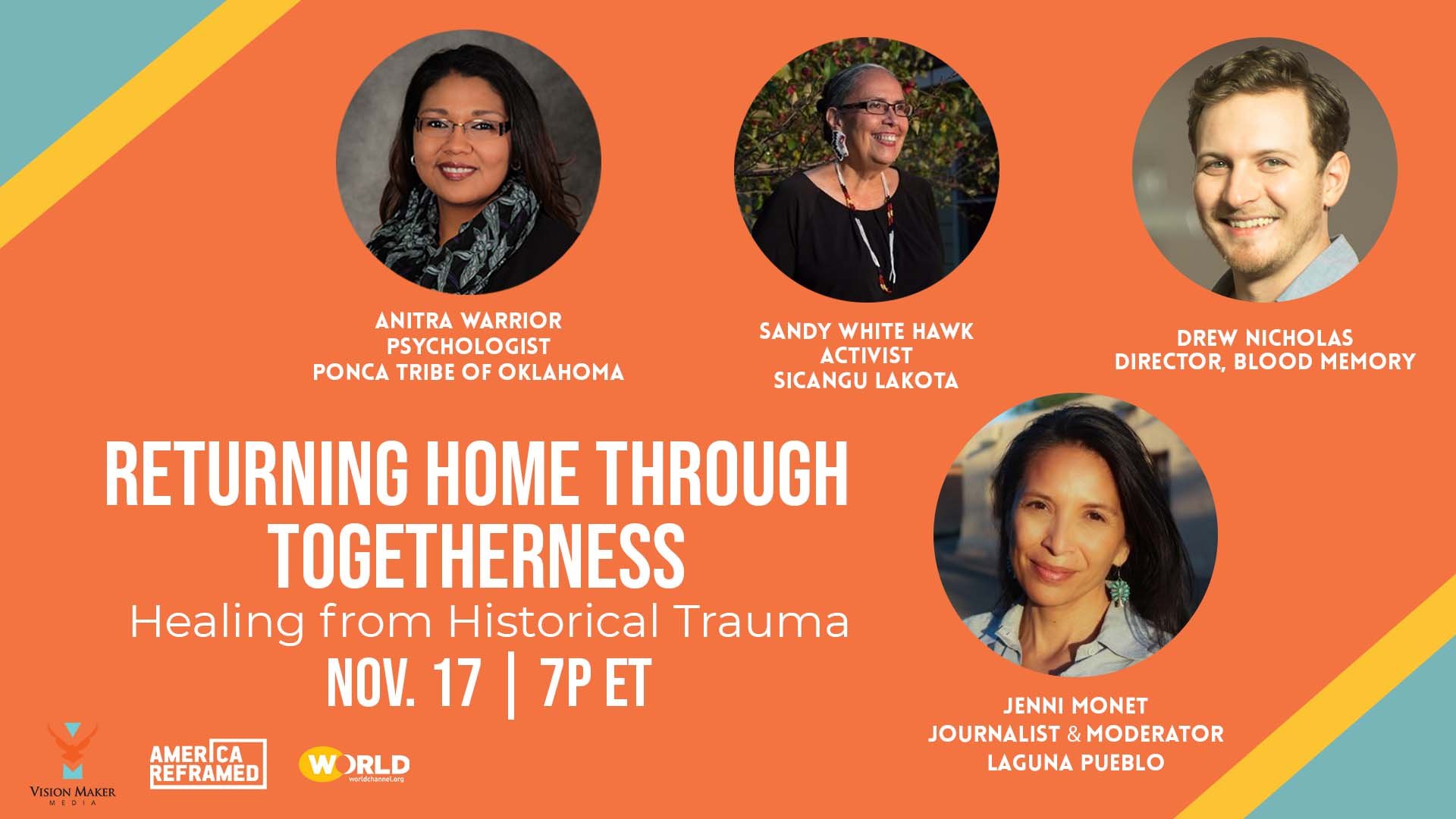 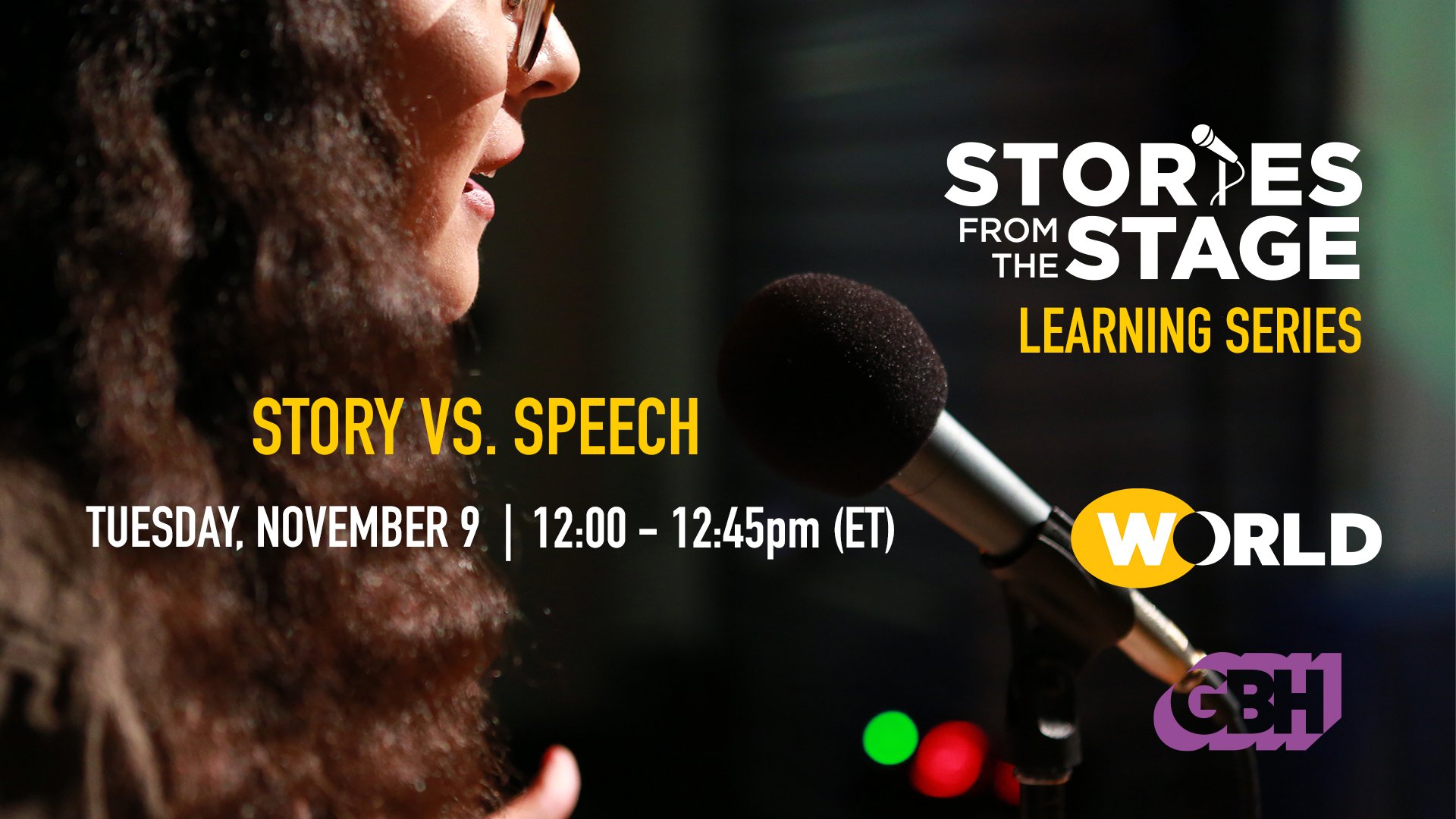 A great speech often includes at least one compelling story, but storytelling on its own should not sound like a speech. Storytelling coach Cheryl Hamilton, who has devoted her career to helping others share their stories, explored the differences between the two valuable forms of communication and how to avoid slipping into speech mode when telling a personal story from your life.

THE LATINO FACTOR IN BOSTON AND BEYOND

Did you know that if U.S. Latinos were a country, their GDP would be ranked seventh in the world? Latinos are the second-fastest growing population in the country over the past decade, having jumped from 50.5 million people in 2010 to more than 62.1 million citizens today. Award-winning veteran journalist Jorge Quiroga and guests discuss the impact of Latinos in America on voting, the political stage and in the workforce. Presented by GBH/WORLD Channel and the Latino Equity Fund. 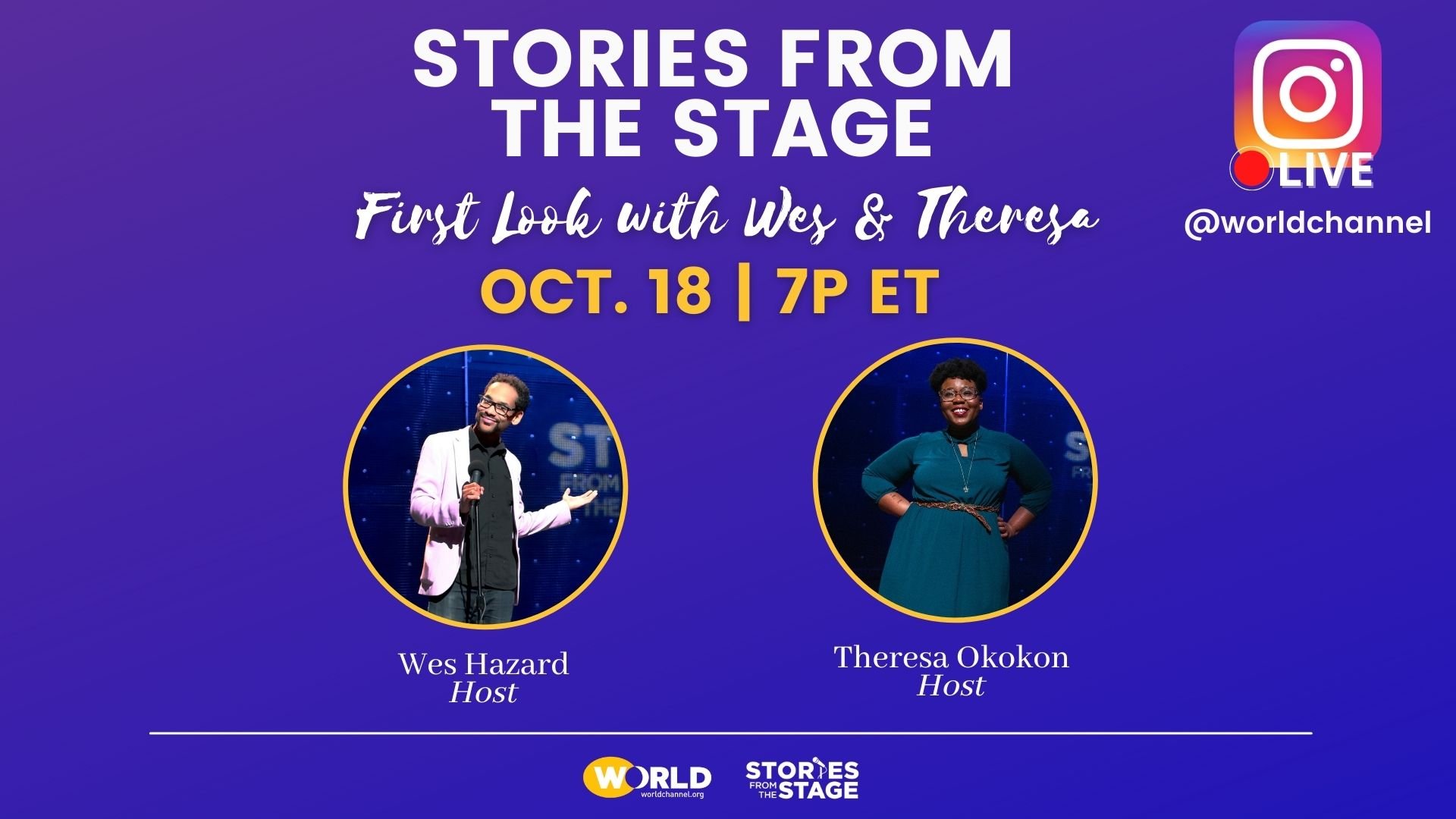 Wondering what's been happening on Stories From The Stage? Hosts Wes Hazard and Theresa Okokon joined us LIVE to share what's coming up for season 5 and their own behind-the-scenes stories. Watch the recording!

FIVE YEARS NORTH is the story of 16-year-old Luis, an undocumented Guatemalan boy who arrives alone in New York City with little support and many responsibilities. Director Chris Temple, editor and co-producer Alejandro Valdés-Rochin and mental health pracitioner Elena Zarandona joined a panel to discuss the hardships suffered by immigrant youth while involved in the immigration process. Moderated by journalist and host of America ReFramed Natasha Del Toro. Watch the conversation now. 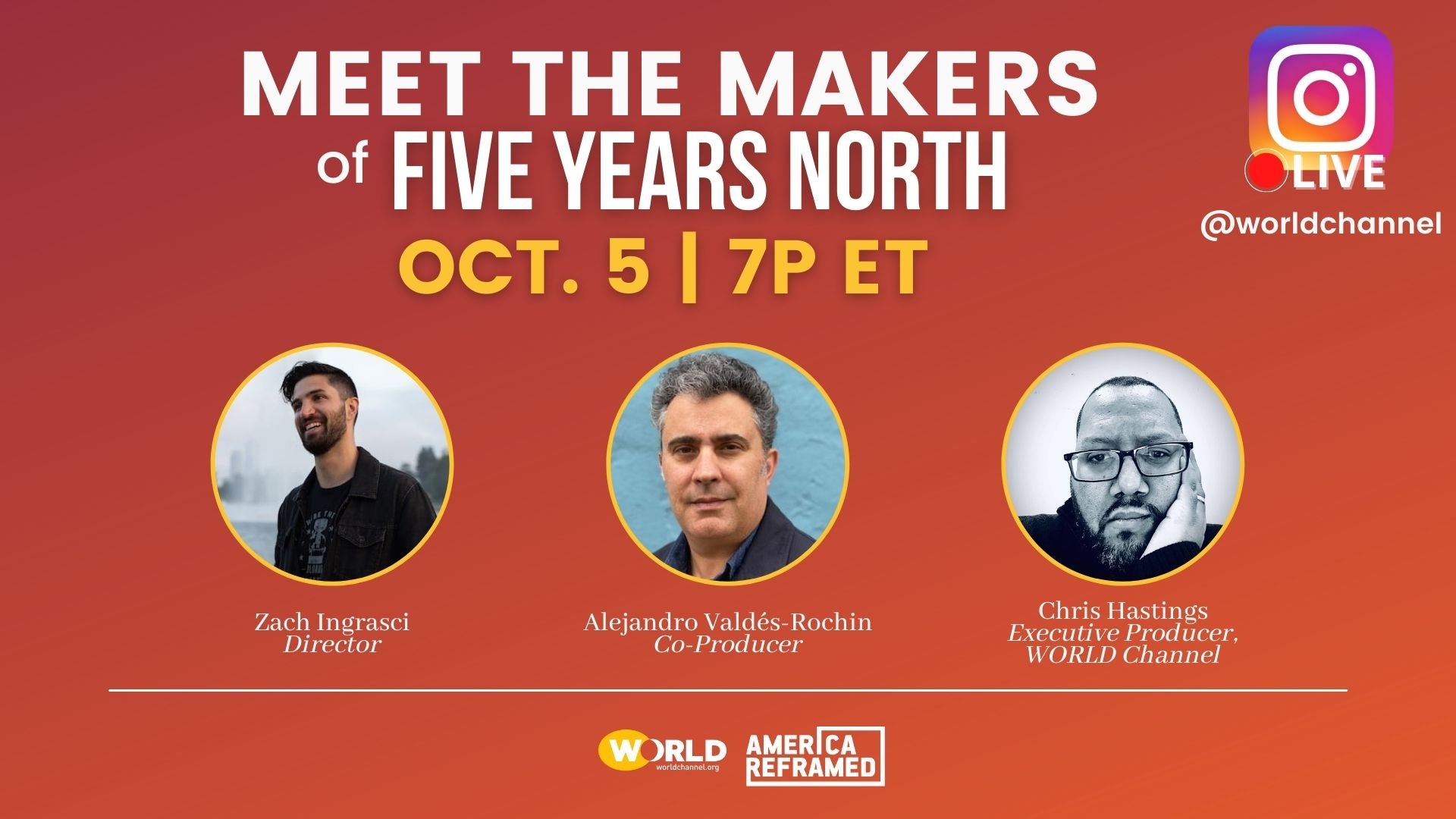 FIVE YEARS NORTH director Zach Ingrasci joined us on Instagram Live to talk about the years spent with film subject Luis and how his story came together. Moderated by Chris Hastings, executive producer of WORLD Channel. Watch the recording! 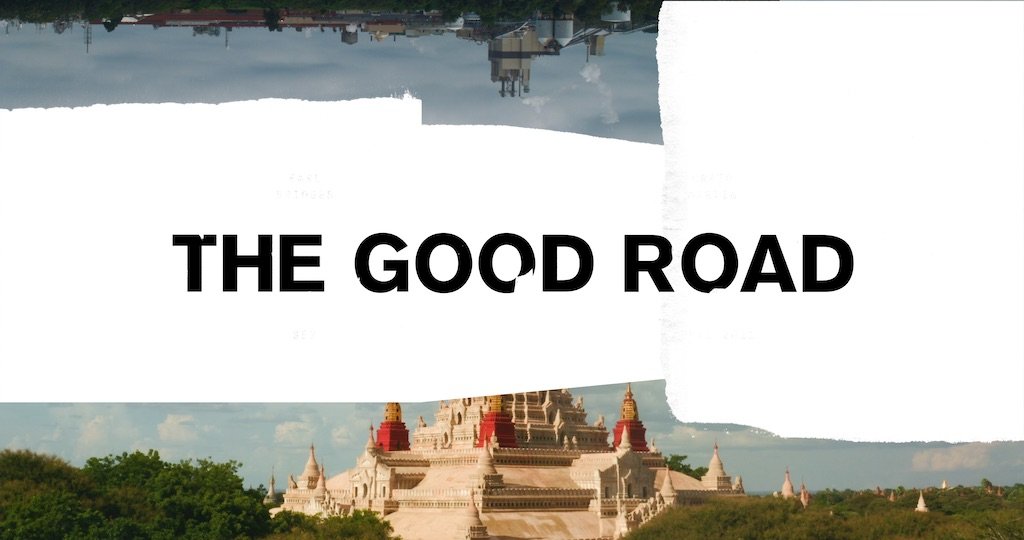 Join Craig Martin, Earl Bridges and the rest of the team from THE GOOD ROAD live on YouTube for a watch party celebrating the launch of season 2. Screen the first episode of the season, which explored racial reconciliation in Richmond, Virginia, virtually and enjoy a Q&A with the co-hosts. Watch the recording! 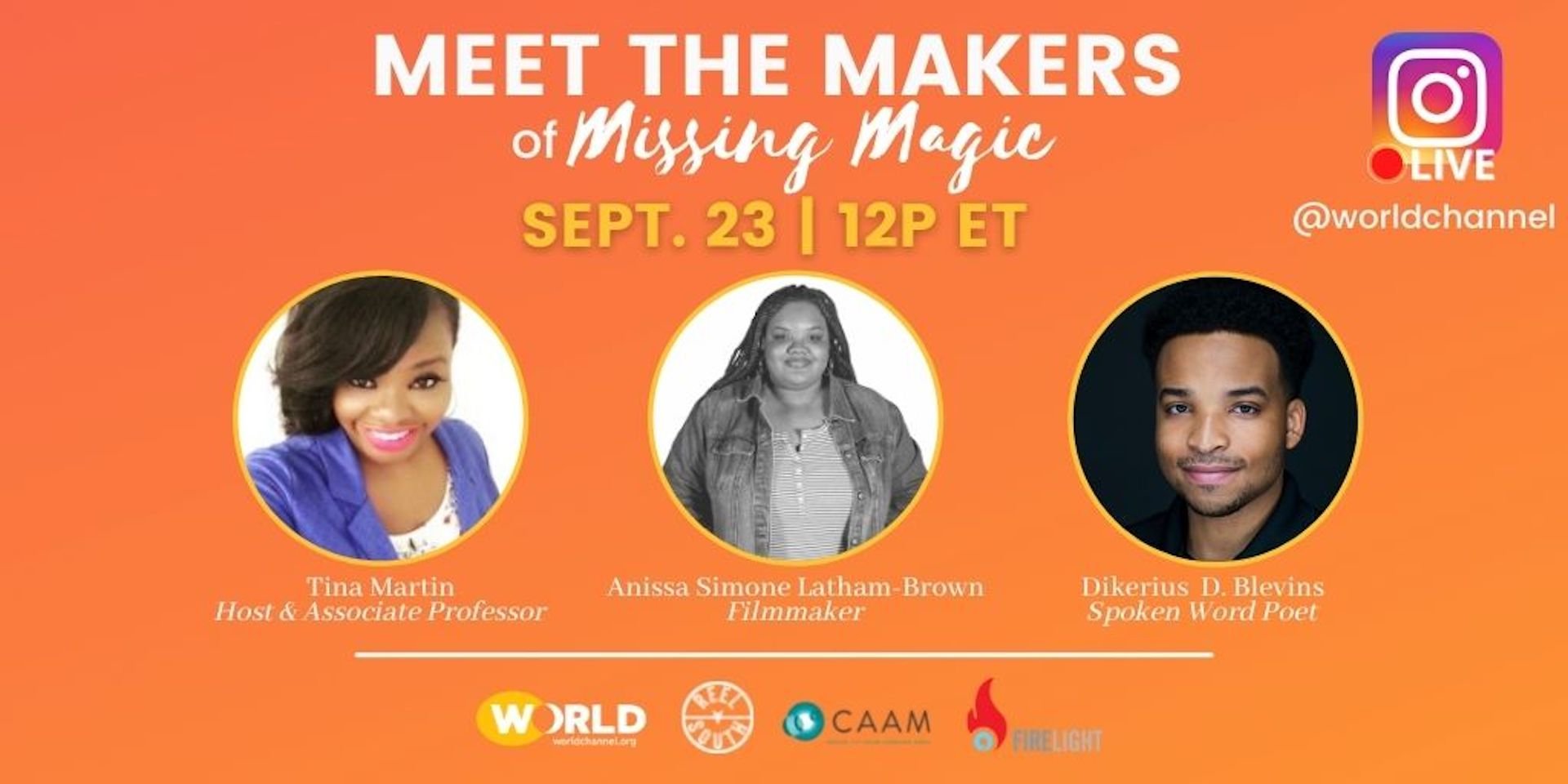 MEET THE MAKERS of MISSING MAGIC

MISSING MAGIC is a part of the HINDSIGHT initiative with Firelight Media, Reel South and the Center for Asian American Media. Watch the film now. 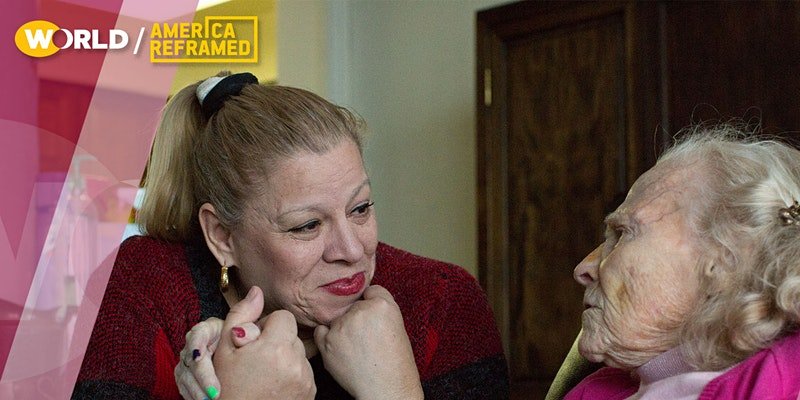 THE FUTURE OF CARE AND CARE WORK: THE REVOLUTIONARY POSSIBILITIES

Filmmakers Deirdre Fishel and Tony Heriza led a timely conversation about the future of care and care work in America with leading voices in the fight for a new care infrastructure: Ai-jen Poo, co-founder of the National Domestic Workers Alliance; Robert Espinoza, Vice President of Policy of PHI National; and Sarita Gupta, Director Future of Work at the Ford Foundation.  Watch the recorded event.

CARE is available for on-demand streaming on PBS Passport.

BEYOND RESILIENCE: DEATH IS OUR BUSINESS

Firelight Media hosted a virtual screening of director Jacqueline Olive's short film 'Death Is Our Business,' about the impact of COVID-19 on New Orleans' Black community and its mortuary and funeral services, followed by a livestream Q&A with the filmmaker and special guests from the film about how the community is coping now. Read more about  'Death Is Our Business' here. Watch the recording. 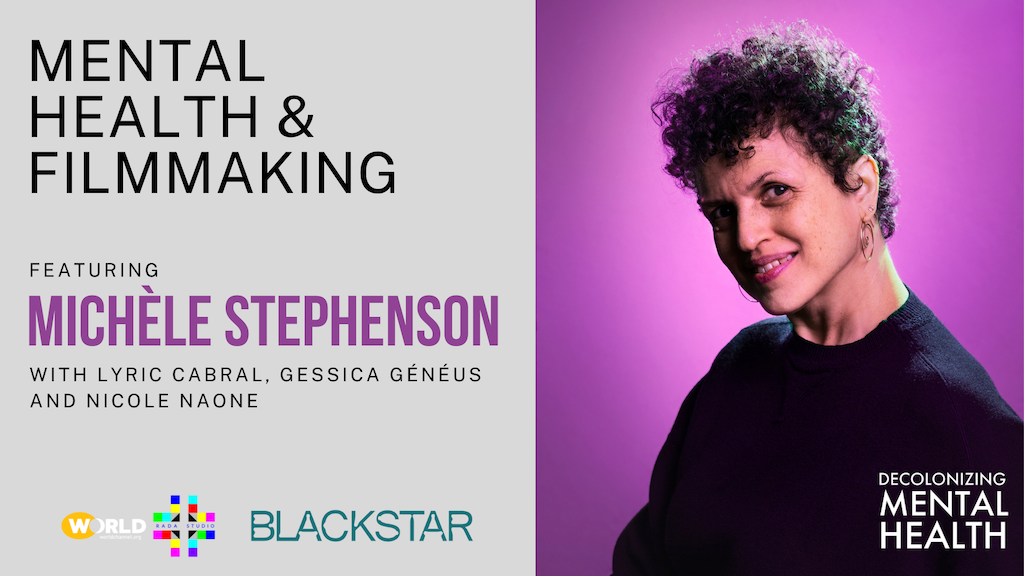 Director and producer of 'Decolonizing Mental Health' Michèle Stephenson joined a panel with fellow filmmakers at the BlackStar Film Festival to discuss the duty of filmmakers in remaining culturally sensitive when crafting stories about mental health. Watch the recording. 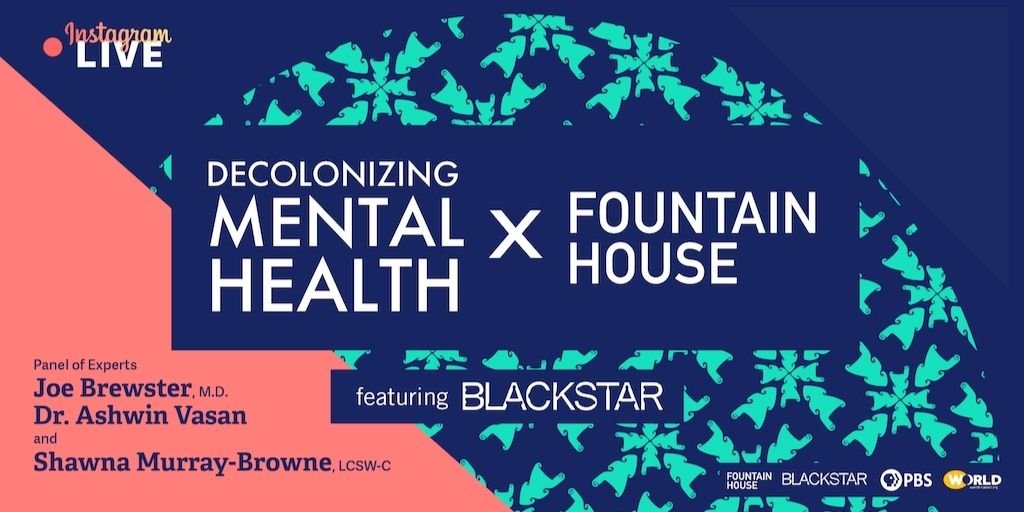 President and CEO of Fountain House Dr. Ashwin Vasan sat down for a Q&A with director and producer of 'Decolonizing Mental Health' Joe Brewster and integrated psychotherapist Shawna Murray-Browne, LCSW, to discuss the role of media in addressing the stigma of mental health and film as a medium for changing the narrative. Watch the recording. 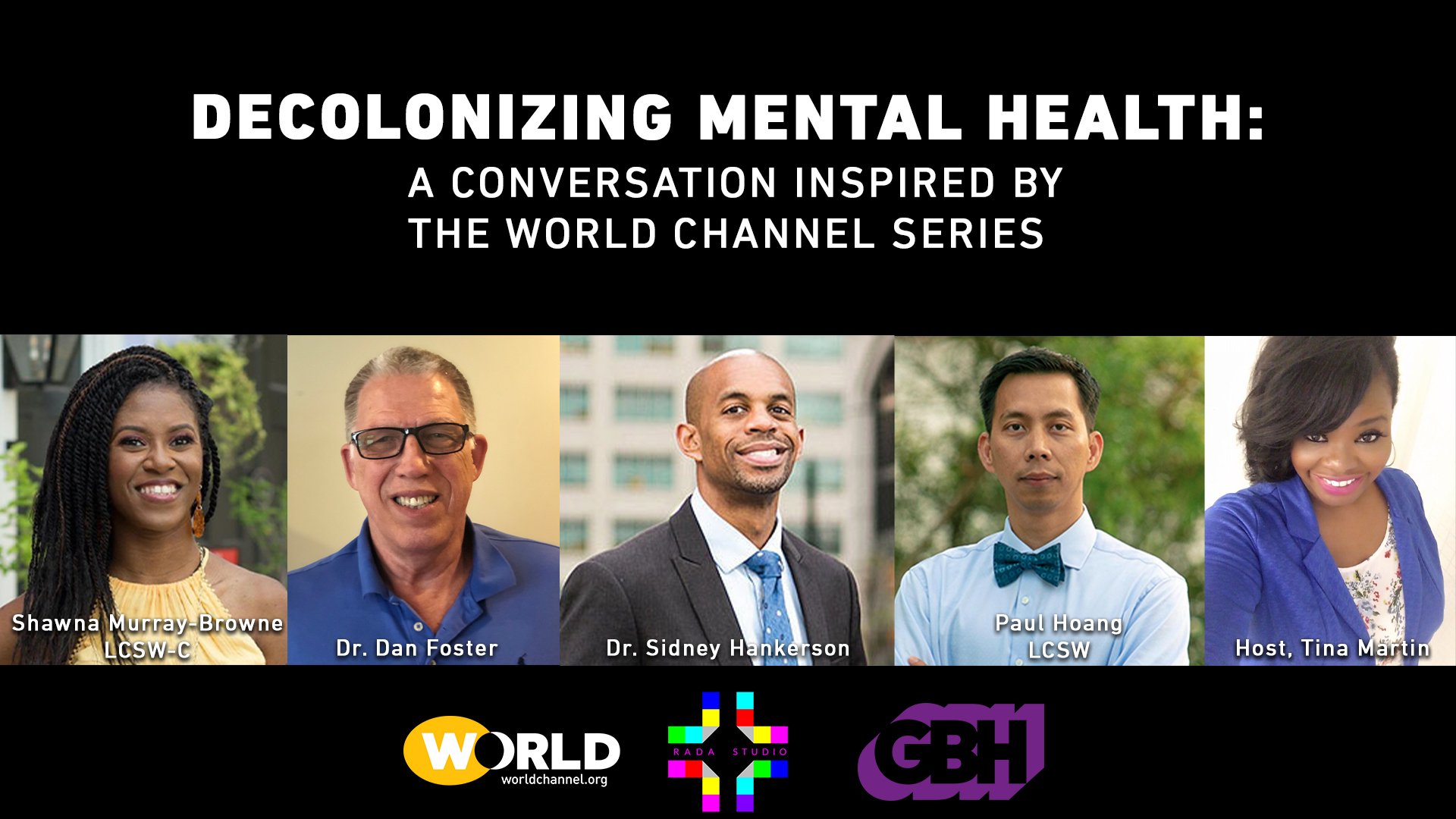 Host Tina Martin, joined by industry experts like Shawna Murray-Browne, Dr. Dan Foster, Dr. Sidney Hankerson and Paul Hoang, meet for a discussion on where access is lacking for BIPOC in the mental healthcare industry and how it can be addressed. Watch the recording and read a recap. 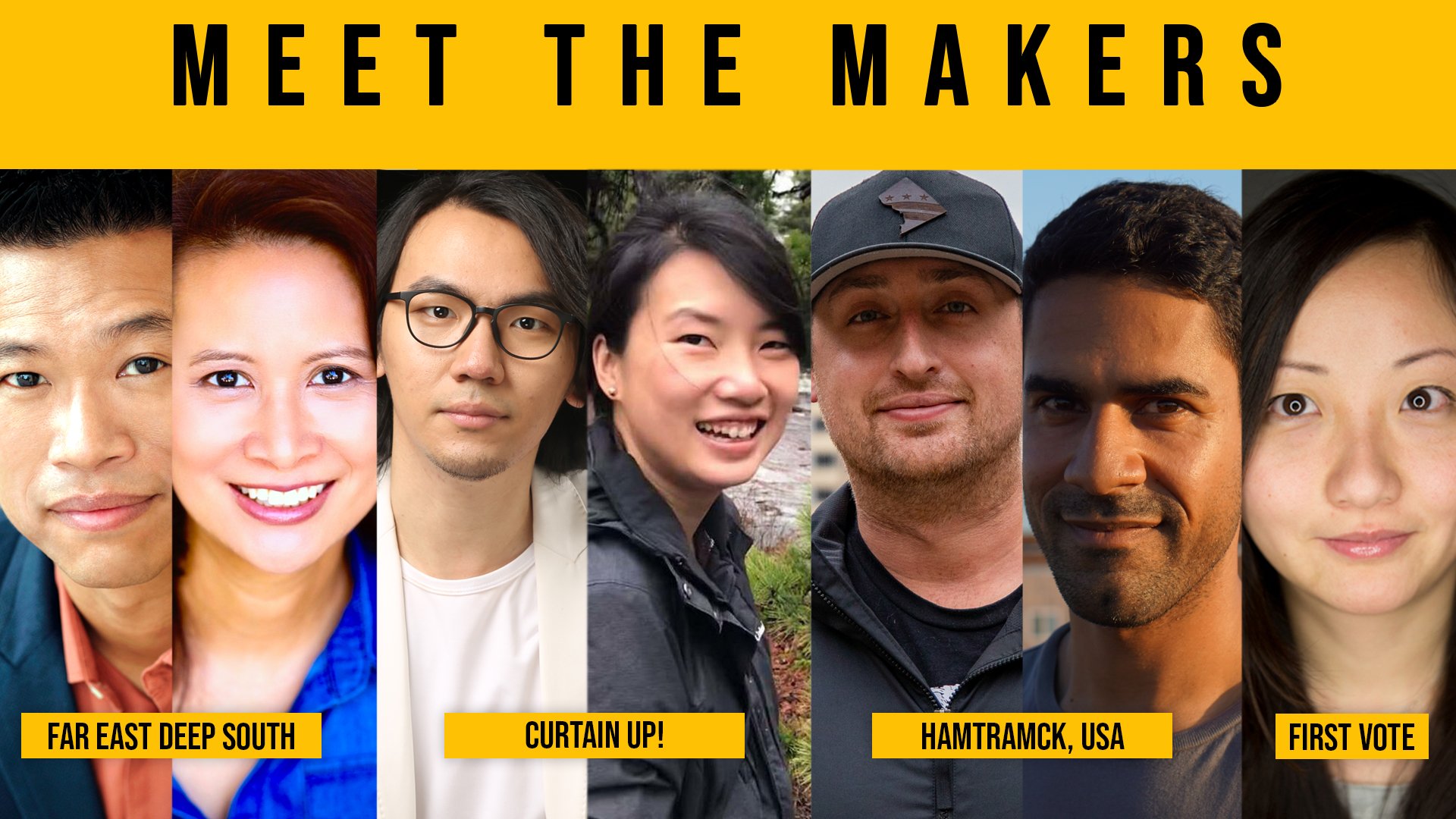 MEET THE MAKERS: 9to5 THE STORY OF A MOVEMENT

Academy Award filmmaker Julia Reichert talks 9to5: The Story of a Movement – a film that tells the story of women who fought for change in the workplace. With Ellen Cassedy, Janet Selcer, Dorine Levasseur and Darlene Lombos. Moderated by Tina Martin.

MSNBC's Richard Liu talked with Yi Chen, Jennifer Ho and Kaiser Kuo about First Vote and the relationship between identity & politics. Also, Christine Chen of APIAVote dives into the division/unity of the Asian American electorate. 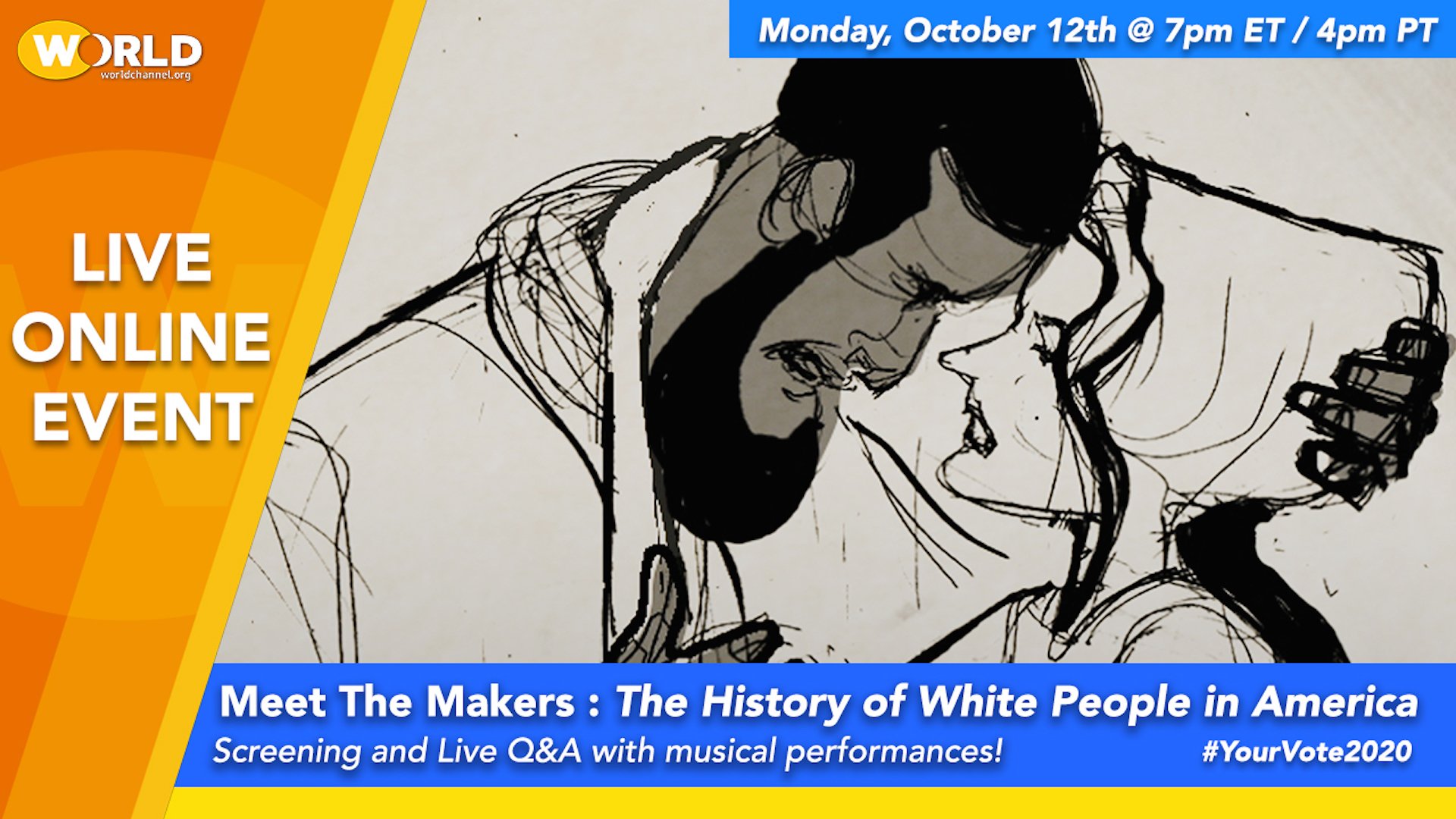 MEET THE MAKERS: HISTORY OF WHITE PEOPLE IN AMERICA

Meet the Makers of The History of White People in America, a series examining how skin color has come to define race in our country. Featuring filmmakers Jon Halperin and Pierce Freelon, guests Cornelius Moore and Ronda Taylor Bullock and musical performances with Nnenna Freelon, Pierce Freelon and Alan Thompson. Watch the recording.

Sign up for our newsletter for email updates on upcoming events, new film premieres and podcast episodes.